India   Politics  25 Apr 2019  The battle for Varanasi is over
India, Politics

The battle for Varanasi is over

Congress’ decision of not fielding Priyanka Gandhi has ended any kind of contest for the seat. 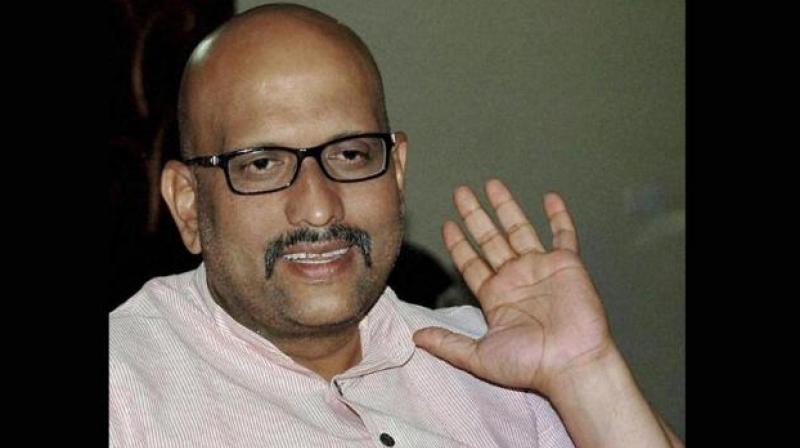 The Congress party has fielded local strongman Ajay Rai who had fought against Modi in 2014. (Photo: PTI)

Varanasi: Always heavily loaded in favour of BJP and its star candidate Prime Minister Narendra Modi, Congress’ decision of not fielding Priyanka Gandhi has ended any kind of contest for the seat.

The Congress party has fielded local strongman Ajay Rai who had fought against Modi in 2014 also and had come third after Arvind Kejriwal securing 75,000 votes. Kejriwal had got approximately 2,09,000 votes and Modi 5,86,000 votes.

The Samajwadi Party which is fighting the polls in Uttar Pradesh in alliance with the BSP, has this time fielded Congress turncoat Shalini Yadav from the seat. Sources said the effort was aimed at keeping Yadav votes intact.

Sources in the Congress Party indicated that it had hoped that the SP would withdraw its candidate if Priyanka was fielded and she would contest as a joint Opposition candidate, but there was no such assurance from the other side.

Another reason was that the party realised Priyanka would be bogged down campaigning in Varanasi and would not be able to tour other constituencies in Uttar Pradesh where tough contests are in the offing like Amethi from where Congress President Rahul Gandhi is fighting BJP’s Smriti Irani.

“Anyways, the aim to fight for 2022 Assembly polls in the state,” a senior leader said.

However, what might have clinched the decision could have been a veto by the Congress President who sources said is against any kind of personality based showdowns.

While most local residents here concede and the PM does have an edge, many also feel that Gandhi’s candidature would have at least ensured a contest.

“It is true that Modi is a strong candidate and Varanasi has benefitted by virtue of being the PM’s constituency. But in democracy there should always be a contest and Priyanka Gandhi would have ensured that,” said Abdullah Ansari, who heads a weaving unit here.

Another resident of the city, Ashish Agrawal whose shop near Vishwanath Temple is facing demolition agrees. “Not all are in favour of Modi. But lack of a credible opposition  candidate will push most to vote for him.

Maqsood Ali, who works as a hotel staff, said Modi would have faced a tough contest if Priyanka Gandhi contested.

However, an equal number differ with this view. Anup Pathak, who runs a Sari shop on Godhuliya Chowka says Varanasi has seen tremendous development under Modi.

“There never was any contest,” he says when asked about rumours of Priyanka Gandhi contesting from the temple city.

On similar lines, chief priest of Sankat Mochan Temple and professor at IIT BHU Vishambar Nath Mishra says the decision not to field Priyanka was wise as it was a one-sided game.