India   Politics  25 Apr 2020  Congress to Modi: Why is Central Vista dearer to you than employees' DA?
India, Politics

Congress to Modi: Why is Central Vista dearer to you than employees' DA? 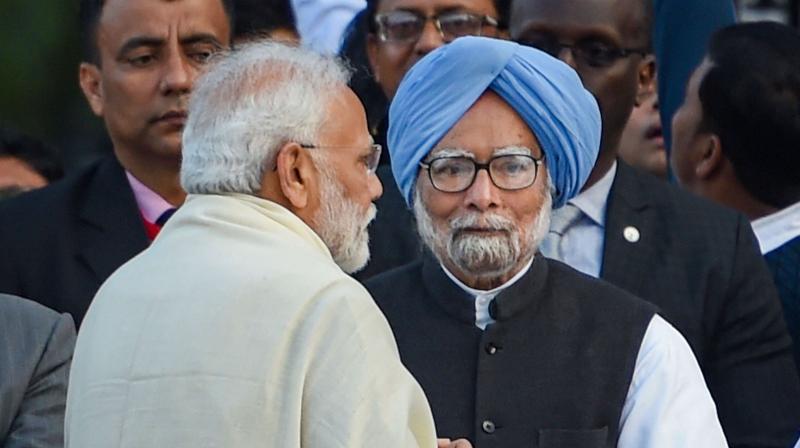 New Delhi: After several weeks of pulling their punches, Congress leaders are out in full voice against the Union government on several counts, chiefly those decisions that have impact on the economy.

As are the usual tactics when such issues are highlighted, the charge was led by former prime minister Manmohan Singh, who chose the DA freeze for central government employees to pillory the Narendra Modi government. The economist said it was “necessary” at this stage to impose hardships on government servants and armed forces personnel.

The DA freeze affects 50 lakh central government employees and 61 lakh pensioners, who have been told that there won’t be any adjustment to inflation till June 2021 due to the COVID-19 crisis.

"We should be on the side of people whose dearness allowance is being cut. I sincerely believe it is not necessary at this stage to impose hardships on government servants and also on the armed forces people," Singh said during the Congress's consultative group meeting whose video was released by the party on Saturday.

Rahul Gandhi too slammed the government, but trained gujns on the government's expensive Central Vista redevelopment project in New Delhi.

"You are taking away money from the middle class, you are not giving money to the poor people and you are spending it on your Central Vista," Gandhi told the meeting.

P Chidambaram said, "When you (government) have not cut back expenditure on the bullet train, Central Vista development, those are the programmes which should be first put on halt before you halt people's dearness allowance."

The Centre last month approved the land use change for execution of the ambitious project. The Central Vista Redevelopment Project in Lutyens' Delhi envisages a triangular parliament building next to the existing one, a common Central Secretariat and revamp of the three-km-long Rajpath from Rashtrapati Bhavan to India Gate.