India   Politics  25 May 2017  Chandrasekhar Rao hits out at Amit Shah over funds to Telangana
India, Politics

Chandrasekhar Rao hits out at Amit Shah over funds to Telangana

He said Telangana only got Rs 67,390 crore from the Centre since the formation of the state. 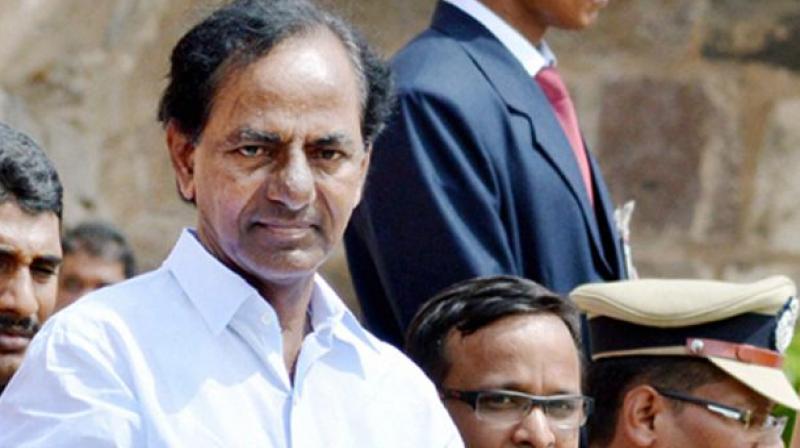 Hyderabad: After BJP national president Amit Shah said that the state government was claiming credit for Centrally-sponsored welfare schemes, chief minister K. Chandrasekhar Rao on Wednesday said that on the contrary, it was the Centre that was surviving on funds contributed by the Telangana state.

He said the Centre was not showing any “meherbaani” in giving funds to Telangana and whatever funds the state got from the Centre was as per the mandate of the Constitution in a federal set-up and what all 29 states in the country got.

He said only six or seven states in the country contributed funds to the Centre and Telangana was one of them; the rest were revenue-deficit states. He added that the Centre depends on these six-seven states for money.

In addition, Mr Rao said Telangana earned over Rs 1 lakh crore in foreign exchange for the Centre through IT exports.

He ridiculed Mr Shah’s claims of the Centre giving over Rs 1 lakh crore to Telangana and an additional Rs 20,000 crore, every year, as well as Rs 40,000 crore to universities.

He said Telangana only got Rs 67,390 crore from the Centre since the formation of the state.

Mr Rao attacked Mr Shah — who is touring Nalgonda district — for saying that the Centre was providing additional funds for the development of Telangana and the state government was not taking the benefits of the central schemes to the poor and needy.