These states, along with some other states not ruled by the BJP, are under the radar of BJP president Amit Shah. 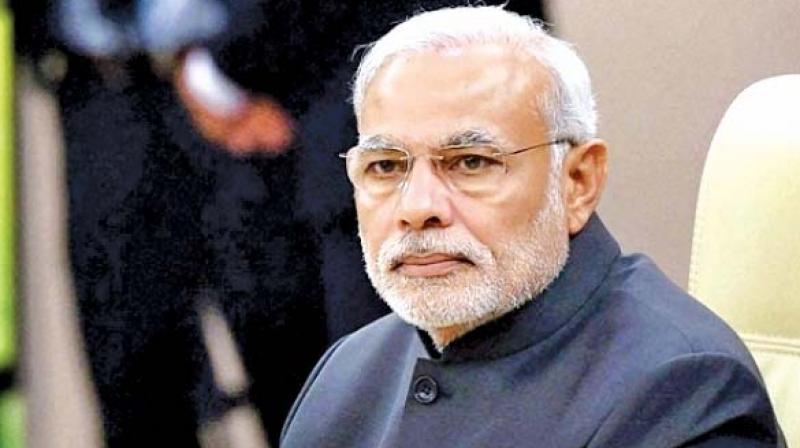 New Delhi: Upbeat over its recent electoral conquests, the BJP is planning to use the Modi government’s third anniversary celebrations as a show of strength in non-NDA ruled states, including West Bengal, Odisha, Karnataka and Kerala.

These states, along with some other states not ruled by the BJP, are under the radar of BJP president Amit Shah who is currently on a nationwide tour of the party’s state units to strengthen BJP’s organisational base ahead of the 2019 general elections.

Though both the Central government and the ruling BJP has lined up various events in all states to celebrate “MODI (making of developing India) Fest” to mark the government’s three years in office, focus is on the non-NDA states.

A host of central leaders, MPs, BJP chief ministers, state ministers, along with senior party leaders, will be participating in various events and interacting with people in states assigned to them by the central leadership. Their strength in non-BJP ruled states will be more.

For instance, in Mamata Banerjee-led West Bengal, where the BJP has been trying to make inroads, nearly 60 programmes of party leaders, including Cabinet ministers Ananth Kumar, Santosh Gangwar, Suresh Prabhu, Smriti Irani and Narendra Singh Tomar have been lined up.

Similarly, in Odisha, where BJP’s performance in the recently concluded local body elections is said to have “unsettled” the ruling BJD, nearly 54 events under will be organised.

In Kerala, where the BJP managed to bag just one seat in the last assembly elections, 27 events have been lined up and central ministers including J P Nadda, Ravishankar Prasad, Prakash Javadekar, Nirmala Sitharaman and Ramesh Jigajinagi will participate along with Maharashtra chief minister Devendra Fadnavis and state cabinet ministers from Goa.

Similarly, BJP has lined up nearly 45 events in Congress ruled Karnataka where the BJP is hoping to make a comeback early next year when assembly elections in this southern state are scheduled.