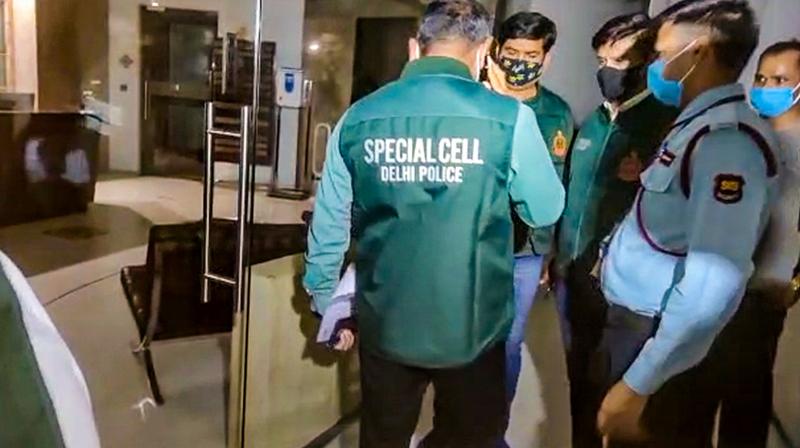 Delhi Police’s Special Cell on Monday served a notice to Twitter India in connection with the probe into the alleged ‘Covid toolkit’ matter. (Photo:PTI)

New Delhi: The Delhi Police’s Special Cell on Monday served a notice to Twitter India in connection with the probe into the alleged ‘Covid toolkit’ matter, with two teams descending on its offices in Delhi and Gurgaon.

“The Delhi police team went to the Twitter office to serve a notice to Twitter, as part of a routine process. This was necessitated as we wanted to ascertain who is the right person to serve a notice, as replies by Twitter India MD have been very ambiguous,” Delhi Police PRO Chinmoy Biswal said.

Earlier, sources said that two teams of Special Cell had raided the Twitter India offices located in Delhi’s Lado Sarai and in Gurgaon in connection with the probe into the ‘toolkit’ matter.

The Special Cell has sought a clarification from the microblogging site for classifying a related tweet by BJP leader Sambit Patra as “manipulative”, an official said. “It appears that Twitter has some information that is not known to the police. This information is relevant to the inquiry,” he said.