The party has also appointed a three-member disciplinary committee to look into cases of indiscipline by party cadre during the Lok Sabha polls. 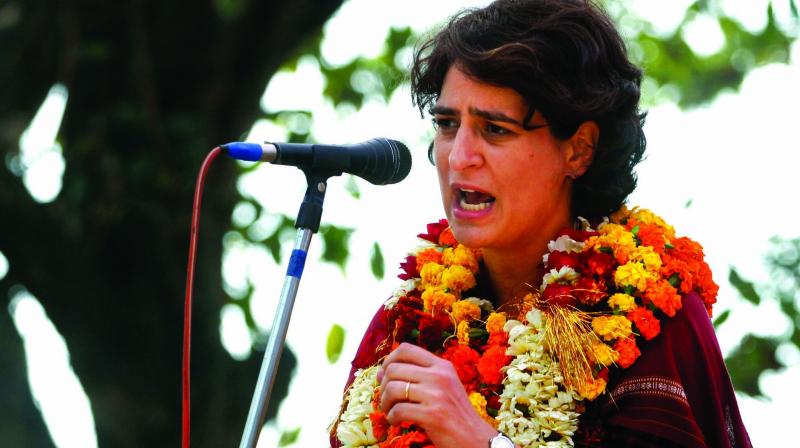 New Delhi: The Congress on Monday dissolved all district committees of the party in Uttar Pradesh. The move comes after AICC general secretaries Priyanka Gandhi Vadra and Jyotiraditya Scindhia visited Lucknow to take stock of the situation after the Lok Sabha debacle.

A two-member committee has also been formed to oversee preparations and management for each seat where the bypolls are scheduled to take place.

The party has also appointed a three-member disciplinary committee to look into cases of indiscipline by party cadre during the Lok Sabha polls. Interestingly, Ms Vadra had warned party workers in Rae Bareli after the Lok Sabha election results that the party will take action against errant workers.

The move also undermines the position of state unit chief Raj Babbar though he had earlier offered to resign from the post.

The party is still in the process of formalising a successor for Mr Babbar. Several leaders are in contention for the post.

Insiders claim that Ajay Kumar Lallu will now work closely with UP general secretary east Priyanka Gandhi. Mr Lallu is one of the five MLAs of the Congress and represents Kushinagar Assembly constituency. The party clocked its worst performance in the Lok Sabha polls in Uttar Pradesh by just winning one seat of Rae Bareli, represented by UPA chairperson Sonia Gandhi.

Even Congress president Rahul Gandhi lost from the family bastion of Amethi.

Bypolls are due for 11 Assembly seats in Uttar Pradesh after the respective MLAs were elected to Parliament.