Priyanka Gandhi's revamp plan in UP

Priyanka, who is in-charge of eastern UP, has put a team in place after taking feedback from the secretaries attached to her. 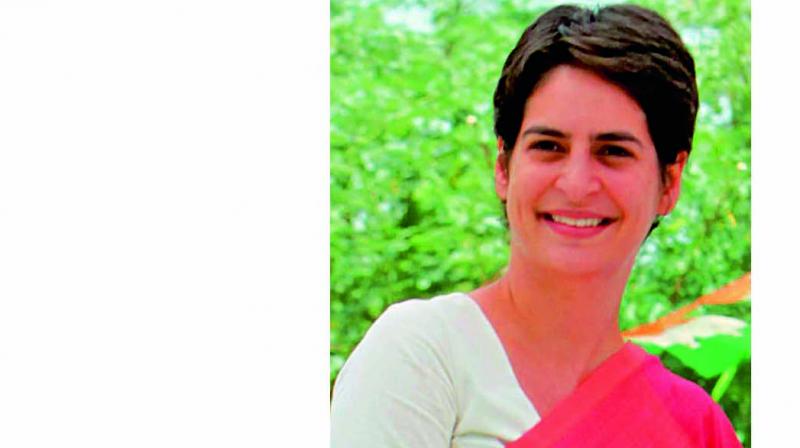 The Congress leader is said to be upset with party activists working as the proxies of senior leaders. (Photo: File)

New Delhi: After her party's drubbing in the Lok Sabha elections, Congress General Secretary Priyanka Gandhi Vadra is working on a plan to put the house in order in Uttar Pradesh.

Priyanka, who is in-charge of eastern UP, has put a team in place after taking feedback from the secretaries attached to her.

A source in the party said that she has taken a slew of measures which will be evident in the next few weeks. "The dissolution of District Congress Committees (DCC) is part of the plan to revamp the party," the source said.

A team has been formed in each district to find out suitable leader for the new DCCs, the source added.

The Congress leader is said to be upset with party activists working as the proxies of senior leaders. She plans to remove them in order to pave the way to induct new energetic leaders in the organisation.

"All such people will be removed, fresh blood will be inducted in the organisation. The team will find out potential people who are committed to Congress ideology. The team has been tasked with finding people from all sections of society including Dalit and women," the source said.

Priyanka wants to have 33 per cent representation of women in the organisation given the fact that they are not be related to party leaders.

On Monday, the Congress dissolved all District Congress Committees in Uttar Pradesh and constituted a three-member disciplinary committee to look into complaints of "gross indiscipline" during the recent Lok Sabha polls.

Jyotiraditya Scindia, in charge of western UP, is also said to be contemplating to act on the lines of Priyanka.

"The Congress has also debuted a two-member team to oversee election preparations and management of all Vidhan Sabha seats of UP East and West where by-elections are taking place," an AICC press release said on Monday.

In the reconstitution, Priyanka will have up to 50 per cent representation youth. She has also directed that there should also be equal participation of Dalit and Other Backward Classes (OBCs).