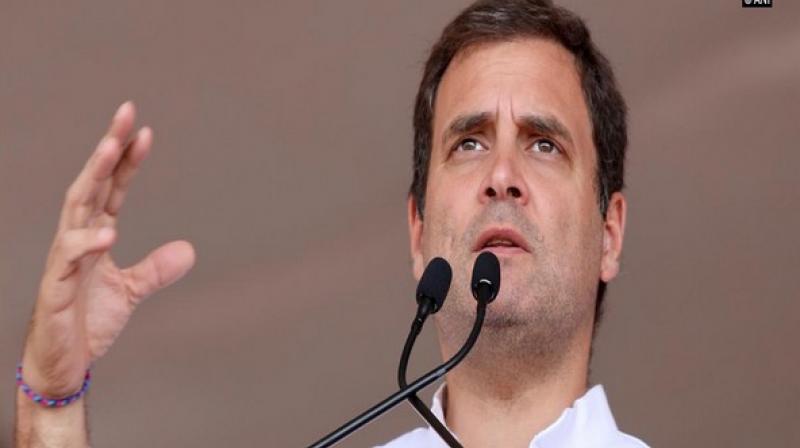 The MP has requested the Chief Minister to designate a nodal officer in the district who can ensure the door-step delivery of duplicate documents to the flood-affected families. (Photo: File | ANI)

New Delhi: Congress Member of Parliament (MP) from Wayanad Rahul Gandhi on Friday wrote a letter to Kerala Chief Minister Pinarayi Vijayan urging him to help flood-affected families who have lost their essential documents due to floods in his constituency.

The MP has requested the Chief Minister to designate a nodal officer in the district who can ensure the door-step delivery of duplicate documents to the flood-affected families.

"Instead of expecting the flood victims to approach many offices, you may like to designate a nodal officer at the office of District Collector, to receive a consolidated application from the affected families, with details of the lost documents. The nodal officer may coordinate with the respective departments, collect the duplicate copies of the documents and door deliver to the families," the letter stated.

Gandhi had visited his constituency earlier this month to review the flood relief measures.

Twelve people lost their lives in Wayanad while seven were missing after heavy rains and floods battered the region.