Bihar to go for three-phase poll from October 28; counting of votes on Nov. 10

Over 7.29 crore voters will cast their votes across 243 Assembly constituencies of Bihar. 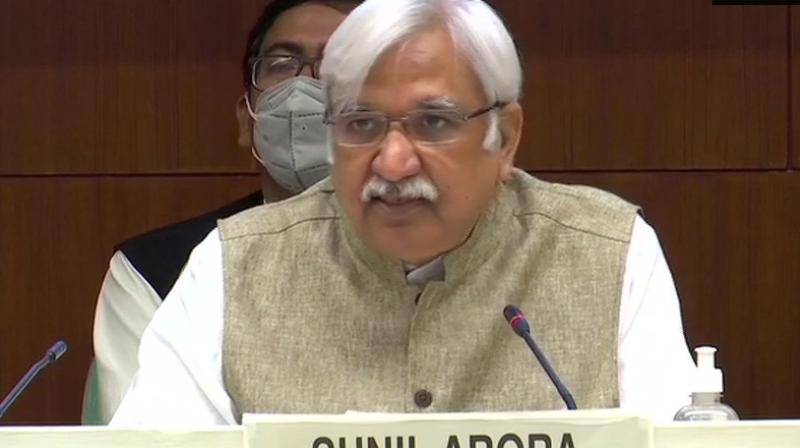 In what the Election Commission of India has termed as the "biggest election during COVID-19 pandemic so far", the state of Bihar will go for a three phase poll, starting October 28. The counting of votes will take place on November 10.

Over 7.29 crore voters will cast their votes across 243 Assembly constituencies of Bihar, where the term of the Assembly will end on November 29.

"The world has changed significantly since the last major election in our country, which was held for Delhi assembly, and the COVID-19 pandemic has forced a new normal in every aspect of our life. Bihar Assembly polls will be one of the biggest elections globally to be held during prevailing COVID-19 situation," Arora said.

In the first phase, 71 Assembly seats will go to polls, spread across 16 districts. According to the Election Commission, most of the Left Wing Extremism-affected districts come under this phase. The first phase of polling will be held on October 28.

Needless to say, with the announcement of poll dates, the Model Code of Conduct has come into effect.

The Election Commission of India said that it has increased the number of polling booths in the state, keeping in mind the safety norms and social distancing norms. There will be nearly 1 lakh polling booths in Bihar, while there were only 65 thousand polling booths during the 2015 election.

The polling time has been increased by one hour. Earlier the polls ended at 5 pm, now they will go on till 6 pm. However, this change in timing will not be applicable to LWE affected areas.

Given the COVID-19 situation in the state, the Election Commission has made arrangements for 7 lakh hand sanitisers, 46 lakh masks, 6 lakh PPE kits, 6.7 lakh face shields and 23 lakh pairs of hand gloves have been arranged for Bihar polls.

Besides, postal ballot facility will be provided wherever required and requested. Social distancing norms will need to be followed at public gatherings during the poll campaign.

Moreover, people quarantined for COVID-19 will be able to vote only in the last hour of the polling.