On a more serious note, Mr Agrawal dubbed the situation a “second emergency”. 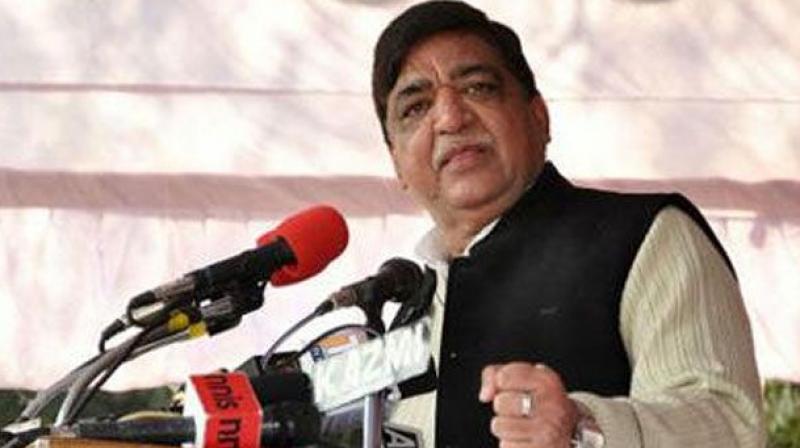 New Delhi: The Samajwadi Party’s Naresh Agrawal, tearing into the Narendra Modi government in the Rajya Sabha on the demonetisation move, made both the Prime Minister and finance minister Arun Jaitley burst into laughter when he said that Mr Jaitley had “no clue” about the decision, because according to Mr Agrawal, if the former knew of it in advance, he would have whispered aobut it into his ear.

“There are those who say the PM did not take even Arun Jaitley into confidence. If Arunji had known, he would have whispered about it in my ears. He knows me,” Mr Agrawal said. Mr Jaitley quickly responded, quipping, “Now the real problem has come to light.”

On a more serious note, Mr Agrawal dubbed the situation a “second emergency”.

He said that such decisions had been taken “only by dictators”, and not by elected governments anywhere in the world.

The SP leader said no one has the power to implement such a decision without the consent and approval of both Houses of Parliament. He called the move a very dangerous decision for the country, and not in national interest. The decision was taken only keeping in view the upcoming UP Assembly polls, he said.

Mr Agrawal also lamented that the decisions announced by the government have not been notified by the Reserve Bank of India, which is yet to issue instructions to banks.

Welcoming Mr Modi’s presence in the House, Mr Agrawal said it is good that government has shed its rigidity.

He said the Prime Minister was not aware of the ground realities of people suffering on account of demonetisation.

He recalled how even former Prime Minister Indira Gandhi, who enforced Emergency in the country, was informed at the time that the move has gone down well with the public. However, what happened in the elections later proved that this was not the case, the SP leader said, adding that the demonetisation step will bring the same fate to this government if elections were to be held now.