PM also lauded Raghubar Das-led for completing his five- year term, a first in Jharkhand since it attained statehood. 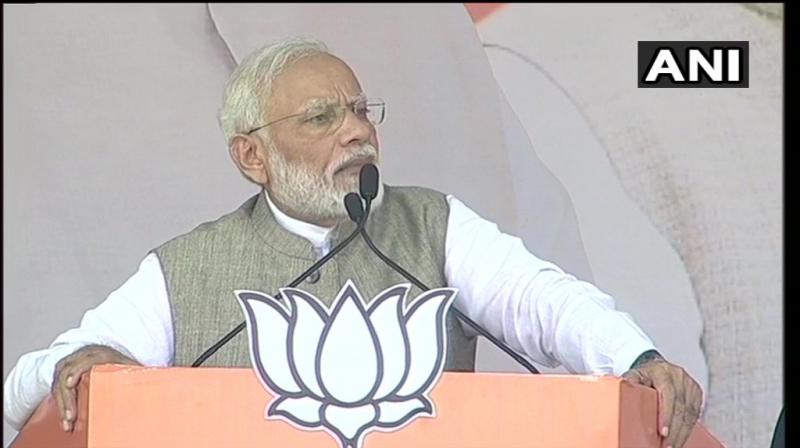 'The state has made efforts to curb naxalism in the state and would continue to fight against the menace' PM said. (Photo: ANI)

Daltonganj: Slamming the Opposition, Prime Minister Narendra Modi on Monday said the BJP is determined to protect 3 Js of Jharkhand.

''No matter what opposition parties say, BJP will continue to protect Jharkhand's 'jal', jungle and 'jameen' (water, forest and land)'', PM said at a poll meeting in Daltonganj.

PM Modi also addressed the most prominent issues that the state faces presently -- Naxalism and Corruption.

''BJP worked day and night to end corruption in the last five years... We made efforts to curb Naxalism in Jharkhand,'' PM said.

He also paid tribute to policemen killed in Naxal attack in Latehar.

Elections for the Jharkhand Assembly are scheduled to be held between November 30 and December 20 in the BJP-ruled state.