Kapil Sibal, appearing for Shiv Sena said floor test should be conducted in 24 hours with videography and single ballot. 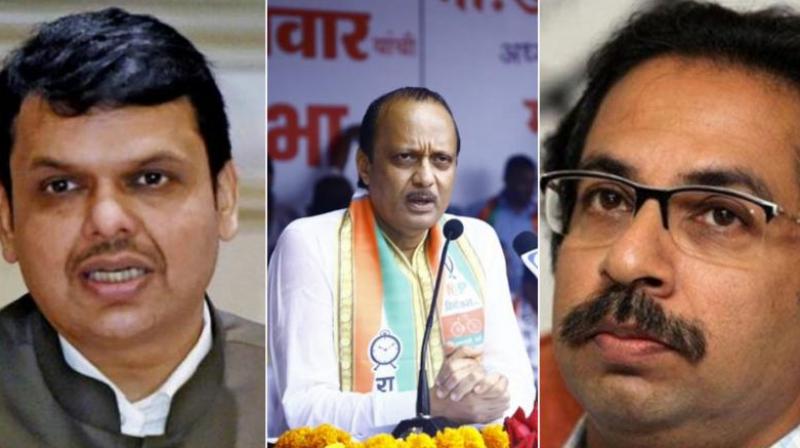 Mumbai: The Supreme Court on Monday commenced the hearing on a joint plea filed by the Shiv Sena-NCP-Congress against the Maharashtra Governor's decision to swear in Devendra Fadnavis as chief minister.

The Centre told a bench comprising Justices N V Ramana, Ashok Bhushan and Sanjiv Khanna that the governor had in absolute discretion invited the largest party to form government on November 23.

Early on Saturday morning, in a major political twist, BJP’s Devendra Fadnavis took oath as Chief Minister of Maharashtra and Ajit Pawar as his deputy. The move came just hours after NCP-Shiv Sena-Congress had sealed a deal to form the government in the state.

11:27 am: Abhishek Manu Singhvi representing NCP and Congress said, “When both the groups are open for Floor Test, why should there be a delay? Does a single NCP MLA said that they would want to join the BJP alliance? Is there a single covering letter saying this. This was the fraud committed on democracy.”

11:25 am: Kapil Sibal said the floor test should be conducted in 24 hours. It should be conducted with videography and single ballot. He said they have original affidavits signed and have support of 154 MLAs. (48 from NCP, 56 from Sena, 44 from Congress, Other independent totalling 154)

Read | Was it 'national emergency'? asks Sibal as Prez rule revoked at 5:17 am in Maha

11:10 am: Appearing on behalf of Ajit Pawar, lawyer Maninder Singh told SC, "the list of MLAs which I gave is constitutionally and legally correct." Singh added (for Ajit Pawar), "And as a leader of the party, I am authorised to take a call on issues. I am NCP."

Read | My list was legally correct; will resolve disputes within my party: Ajit Pawar to SC

11:07 am: “Can a party come to this court and say if a floor test doesn't take place within 24 hours, my MLAs could run away again? It is for the Governor to decide all this. There will be a Speaker chosen and he would then proceed with the floor-test as the first agenda of the House. Can the Supreme Court monitor the proceedings of the House? It is constitutionally barred,” Tushar Mehta said.

11:05 am: Solicitor General Tushar Mehta, appearing for Maharashtra Governor said, “Grant us 2-3 days' time and let us file a reply. The Governor has in absolute discretion invited the largest party on November 23.”

11:00 am: Senior advocate Mukul Rohatgi, appearing for Fadnavis said: “My pre-poll alliance partner is turning a foe from a friend. I went to the Governor with the support of 170 MLAs. It is their (Pawar's) family feud. One Pawar is with me, other with them. Nobody says the letter of support is fabricated. It is the other (Sharad) Pawar and the parties which are indulging horse-trading.”

10:57 am: The governor in his letter to Fadnavis, said, "I have received letter from you ....you have also shown support of 11 MLAs independent and letter from NCP showing support of 54 MLAs. Thus, I note that you have support of 170 MLAs, (and so) I invite you to form the government."

Tushar Mehta told court that the Governor had no reason to disbelieve him (Ajit Pawar).

10:55 am: “Ajit Pawar's November 22 letter to Governor read that he needed a stable government and President rule could not go on indefinitely. Letter added that the BJP had earlier asked Ajit Pawar to join them to form government but at that time he had declined due to insufficient support from NCP MLA,” Tushar Mehta added.

10:50 am: Congress-NCP-Shiv Sena leaders submitted a letter of MLAs supporting their alliance, to the officials at Raj Bhavan in Mumbai.

10:45 am: Tushar Mehta said, "Pawar's letter of November 22 said they decided to support fully the government under the BJP, under Fadnavis, and would join the government".

10:42 am: Solicitor General Tushar Mehta seeks time to file reply as there are questions which need to be discussed.

10:40 am: Solicitor General Tushar Mehta (for Centre) told Supreme Court that he has the original documents with him. Tushar Mehta submitted letters of Maharashtra Governor and CM Fadnavis.

Solicitor General Mehta said the Governor received a letter of support from Ajit Pawar on November 22, with signatures of 54 MLAs.

10:35 am: SC said it would not consider prayer of Shiv Sena-NCP-Cong that they be invited to form government in Maharashtra.

10:25 am: Leaders of Congress-NCP-Shiv Sena arrive at the Raj Bhavan in Mumbai.

10:20 am: M Rohatgi, who is appearing for Maharashtra BJP in Supreme Court said, “Today, record of Governor to be placed. I've seen that along with letter of Fadnavis there was a letter by Ajit Pawar as head of legislative party with signatures of all NCP MLAs. Governor was right in granting an invitation to him to form government.” 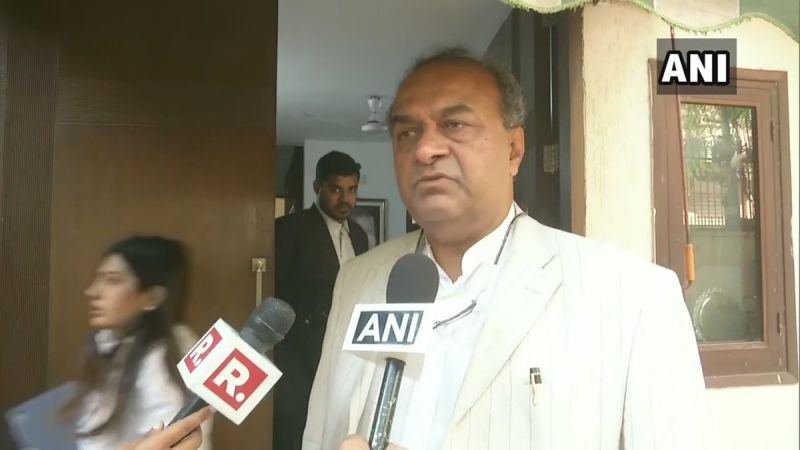 10:08 am: Shiv Sena’s Sanjay Raut said that on Monday Shiv Sena-NCP-Congress would go to meet Governor.

“There are four people in 'Operation Kamal'; CBI, ED, Income Tax department and police. But it would not yield any result here. If you have the majority then why do you need an 'Operation Kamal'?,” Raut asked.

09:55 am: NCP leader Nawab Malik said, “Devendra Fadnavis must realise that he does not have a majority. He should realise that he has made a mistake. If he doesn't resign, we will certainly defeat the government on the floor of the House.”

Read | 'If Fadnavis doesn't resign, we will defeat govt on floor of House': Nawab Malik

“We have support of 165 MLAs. 53 NCP MLAs are with us. Ajit Pawar has done a mistake, he should resign,” he added. 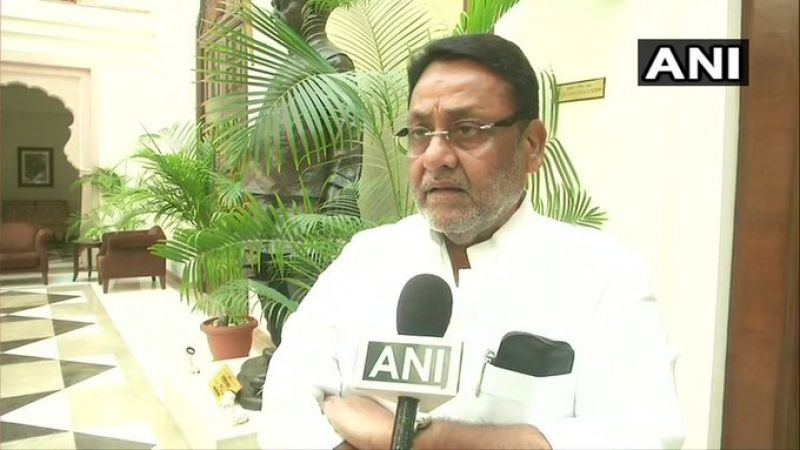 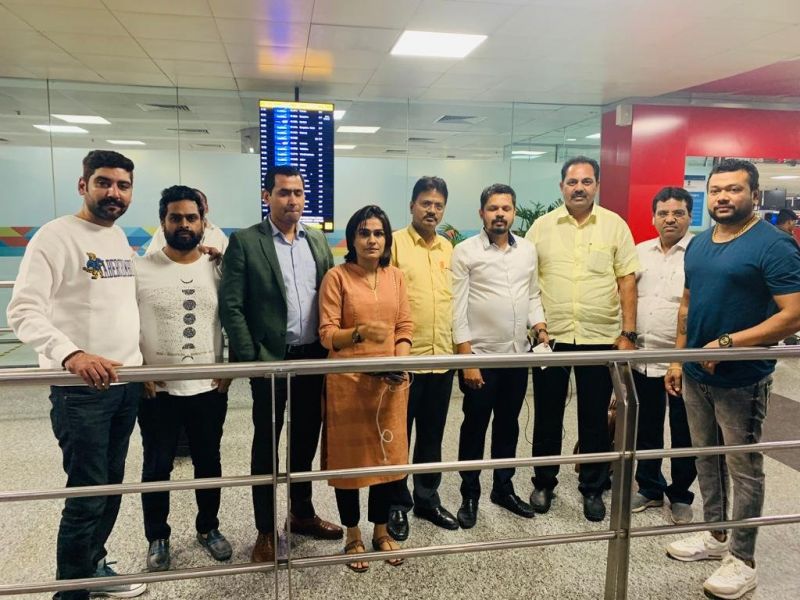 In a recent development, the Nationalist Congress Party said four MLAs, who went missing since Saturday after Ajit Pawar took oath as Maharashtra’s Deputy Chief Minister, have returned to the party. Now, the NCP has 53 MLAs out of 54.

The NCP said two MLAs- Daulat Daroda and Anil Patil- were lodged in a hotel in Gurgaon and came back to Mumbai along with Nationalist youth Congress president Dheeraj Sharma and Nationalist Student Congress chief Sonia Doohan on late Sunday night.

Another lawmaker Nitin Pawar had already reached Mumbai on Sunday while NCP MLA Narhari Zirwal was currently at a safe location in Delhi, party leaders said.

The MLAs who have returned have pledged their support to the Sharad Pawar led NCP, which won 54 seats in the recently concluded Assembly elections.

The leaders reached Mumbai at around 4:30 am on Monday. Keeping an eye on the likely floor test, the NCP MLAs were moved to the Grand Hyatt hotel in Santacruz East, while the Sena MLAs at Lalit Hotel, the Congress moved its MLAs to JW Marriott.

Meanwhile, the Supreme Court on Sunday asked the Centre to produce two letters by Monday--- one from the Chief Minister Devendra Fadnavis to prove majority and another from the Governor inviting him to form the government.