The Congress legislators are still in J W Marriott hotel in suburban Andheri, the sources said. 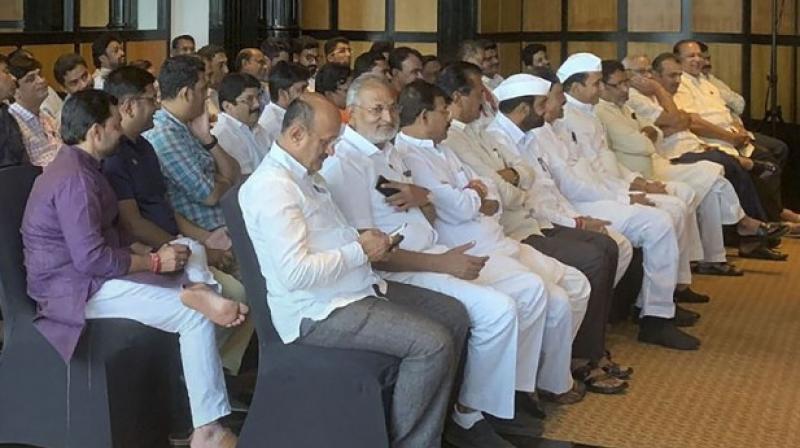 Amid the high political drama in Maharashtra and fear of 'poaching' of MLAs, the NCP has shifted its legislators from a five-star resort to two other hotels in the city. (Photo: PTI/ File)

Mumbai: Amid the high political drama in Maharashtra and fear of 'poaching' of MLAs, the NCP has shifted its legislators from a five-star resort to two other hotels in the city.

According to sources, the NCP MLAs, who were staying at Hotel Renaissance in Powai area, have been moved to Hotel Grand Hyatt in Santacruz and Sofitel in Bandra-Kurla Complex (BKC). Incidentally, BJP leader Ravindra Chavan was on Sunday seen entering Hotel Renaissance.

The Congress legislators are still in J W Marriott hotel in suburban Andheri, the sources said. The Shiv Sena MLAs are currently staying at The Lalit hotel, located near the international airport in Andheri, but they may be shifted to another resort, the sources added.

Senior Congress leader Ashok Chavan on Sunday alleged that BJP leaders had booked rooms in a hotel where his party MLAs were put up and were contacting some of them.

The BJP made a return to power in a dramatic way early Saturday morning after NCP leader Ajit Pawar joined hands with the saffron party, leading to Governor Bhagat Singh Koshyari swearing in Devendra Fadnavis as chief minister and Pawar as his deputy. Given the political scenario in the state, the role of MLAs has become far more crucial during the floor test in the 288-member House where the halfway mark is 145.

In the last month's Assembly polls, the BJP won 105 seats, the Shiv Sena 56, the NCP 54 and the Congress 44. According to sources, Independent legislators and other MLAs could tilt the scales in favour of either the BJP- led government of Fadnavis backed by Ajit Pawar or the Sena- Congress-NCP combine during the floor test.