The incident happened in the Lok Sabha when they were protesting in the Well of the House over the Maharashtra government formation. 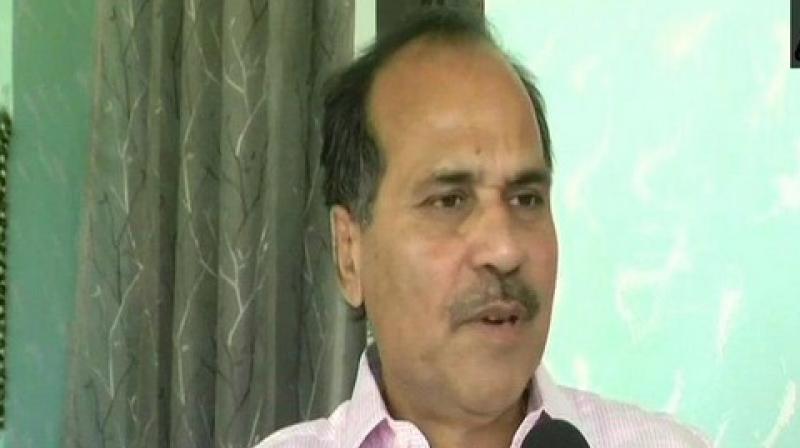 Chowdhury also said that what he saw in the House was unprecedented. (Photo: File)

New Delhi: Congress leader Adhir Ranjan Chowdhury on Monday alleged that women parliamentarians of his party were "manhandled" in the Lok Sabha when they were protesting in the Well of the House over the Maharashtra government formation.

Congress members jostled with the marshals in the Lok Sabha when they stormed the Well of the House carrying placards, leading to adjournment of Parliament proceedings. "Security personnel manhandled our women parliamentarians. We have never experienced this inside Parliament. We will be waiting to see what action is been taken against responsible people," Chowdhury told reporters.

The Maharashtra government formation issue rocked the Lok Sabha on Monday, with Congress leader Rahul Gandhi saying democracy was "murdered" in the state.

Congress MP from Tamil Nadu Jothimani alleged that she was "manhandled". "It is sad that Ramya Haridas and me were manhandled, we have lodged complaint with the speaker," she told reporters.

Chowdhury also said that what he saw in the House was unprecedented and Congress MPs were "pushed around". "It is a testing time for us. We have to decide whether we let democracy or authoritarianism prevail in this country," he said. Sources said Speaker Om Birla sought an apology from two Kerala MPs -- P N Prathapan and MP Hibi Eden -- for storming the Well of the House.

The Congress leaders were carrying placards with messages like "save Constitution" and "save democracy" and a black banner which said "stop murder of democracy".