'Have problems but we’ll come together to defeat Modi, BJP': Chacko on Cong-AAP ties

The Congress’s Delhi unit has been divided over the alliance with AAP. 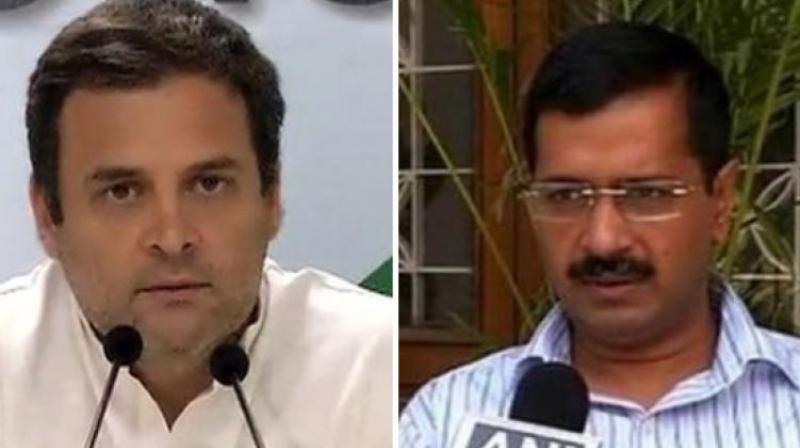 The AAP has been seeking an alliance with Congress in Delhi as the division of votes will help the BJP on all seven constituencies in the city. (Photo: File | ANI)

New Delhi: Delhi’s Congress in-charge PC Chacko said that a decision on alliance with the Aam Aadmi Party for the Lok Sabha election will be taken on Tuesday. Congress chief Rahul Gandhi will take a final decision.

According to ANI, Chacko said Congress and AAP ‘will come together’ in Delhi for the general elections.

“Party president to take final decision today. We’ve had no word with AAP, as we had to take preliminary decision on our party’s political stand whether we wanted an alliance or not. Both parties may have problems that apart we’ve to defeat Modi and BJP. So, we’ll come together,” ANI quoted Chacko as saying.

The Congress’s Delhi unit has been divided over the alliance with AAP. On Monday, Delhi Congress president Sheila Dikshit held another round of meeting of party leaders.

Four former Delhi Congress leaders Ajay Maken, Subhash Chopra, Tajdar Babar and Arvinder Singh Lovely are said to be in favour of alliance with the AAP.

Dikshit, and three working presidents of Delhi Congress Devender Yadav, Rajesh Lilothia and Haroon Yusuf are against the idea of aligning with the AAP.

However, 12 district Congress presidents and majority of party councillors in the three municipal corporations have favoured alliance with the AAP. Chacko has handed over a signed letter to this effect to Gandhi.

As the Congress remains indecisive, the AAP has been focusing on campaign for the national elections. The AAP has been seeking an alliance with Congress in Delhi as the division of votes will help the BJP on all seven constituencies in the city.