Jaya Prada likely to join BJP, may get Rampur seat

After getting expelled from the Samajwadi Party, Jaya Prada contested the 2014 Lok Sabha polls on an RLD ticket but lost. 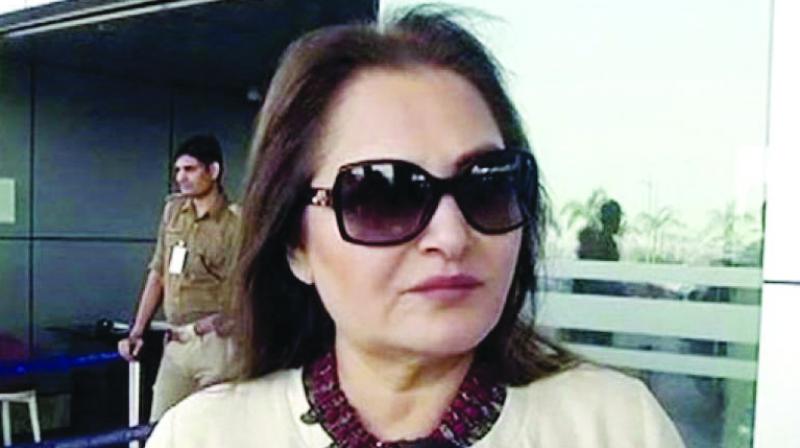 New Delhi: With the election season on and many political leaders switching camps or joining new outfits, speculation is rife that actor-turned-politician and former SP leader Jaya Prada could join the saffron fold.

Considered close to the former close confidante of SP patriarch Mulayam Singh Yadav, Amar Singh, Jaya Prada could contest from Rampur, which she represented twice in Parliament till 2014. Both Mr Singh and Ms Prada were expelled from the SP in 2010 for indulging in “anti party activities.”

The SP-BSP-RLD alliance has fielded SP heavyweight Azam Khan from Rampur, which he has been representing in the state Assembly for nine terms. BJP’s Nepal Singh is currently representing Rampur in Parliament.

It was Mr Khan, who is said to have backed Ms Jaya Prada’s candidature against the  Congress’s Noor Bano in 2004 but by 2009 major rift had created between the two SP leaders. Mr Khan was expelled from the SP in 2009 after he quit from the post of SP’s  general secretary over growing influence of Mr Singh within the party. After getting expelled from the SP, Ms Prada contested the 2014 Lok Sabha polls on RLD ticket but lost.

Meanwhile, paralympian Deepa Malik and INLD MLA Kehar  Singh joined the saffron fold. Mr Singh joining the saffron fold has come at a time when the party’s Haryana unit is abuzz with rumours that the INLD has been sending feelers to it. Earlier this month, two former INLD MLAs — Rajbir Singh and Buta Singh, and senior leader and sitting MLA from Nalwa in Hisar, Ranbir Gangwa, had joined the BJP. The INLD and the BJP were coalition partners in the erstwhile Om Prakash Chautala-led government (1999-2005).