Earlier in the day, Congress leader PC Chacko also made a similar statement. 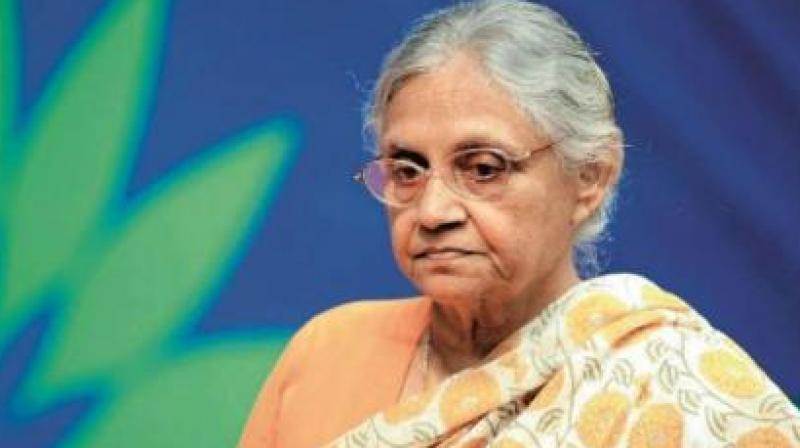 The senior Congress leader has been in favour of an alliance with AAP in Delhi for the general elections. (Photo: PTI)

New Delhi: With speculations on possibility of an alliance between Congress and the AAP, senior Congress leader and former chief minister of Delhi Sheila Dikshit has thrown the ball into the court of Congress president Rahul Gandhi, saying that a final decision on the issue will be decided by the party president.

Delhi Congress Chief Sheila Dikshit had written a letter to Gandhi last week stating that a coalition with AAP would "harm" the Congress Party in the long run.

“When a decision will be taken then we will inform the media. Ultimately the decision is to be taken by Rahul Gandhi as he is the party president, everyone will abide by what he decides,” she said while talking to ANI.

Earlier in the day, Congress leader PC Chacko also made a similar statement.

"Yesterday, we had discussions with the Congress president, senior leaders of Delhi in my presence. The discussions are now over. The party president will take a final decision today. We will not delay the decision. We will announce it as early as possible," Chacko, who is party in-charge for Delhi, told ANI.

Asked whether AAP was consulted, Chacko said, "We have had no word with the AAP as we had to take a preliminary decision on our party's political stand whether we wanted an alliance or not. Both parties may have problems. That apart, we have to defeat (Prime Minister) Narendra Modi and BJP."

The senior Congress leader has been in favour of an alliance with AAP in Delhi for the general elections.

On March 19, AAP convener and Delhi Chief Minister Arvind Kejriwal had denied that his party and Congress were in talks for an alliance.

Talking to ANI, he had said, “Congress has officially conveyed to us that there will be no alliance. We are not in talks with the Congress party. Media reports about talks between AAP and Congress have been planted by the Congress.”

The Lok Sabha polls in Delhi will take place on May 12, the sixth phase of the seven-stage general elections.