Confusion over Kishor entry into Congress after his KCR dealings

The political strategist had met KCR only to bid him adieu and cut all commercial ties with the TRS in the state, said Revanth Reddy 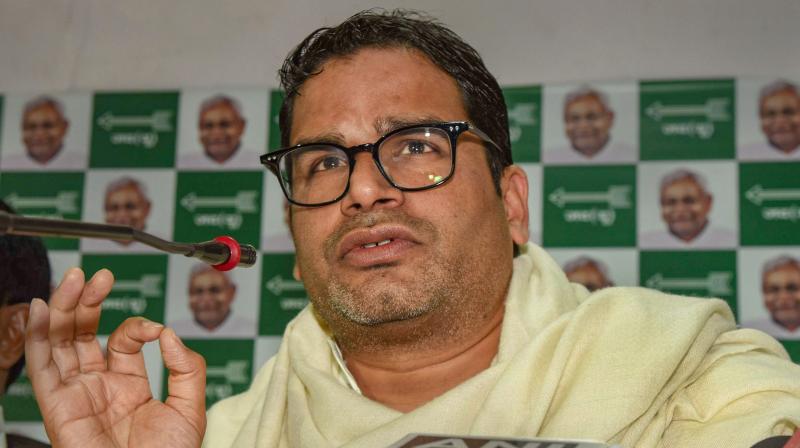 New Delhi/Hyderabad: Confusion prevailed over political strategist Prashant Kishor joining the Congress Party even as his two-day long meeting with the party’s arch-rival, Telangana Rashtra Samiti supremo K. Chandrasekhar Rao, at his official residence Pragathi Bhavan in Hyderabad, did not go down well in the grand old party.

Manickam Tagore, the Congress’ in-charge for Telangana, fired the first cryptic salvo with a tweet: “Never trust anyone who is friends with your enemy. Is that right?” Several of his colleagues also didn’t approve of Mr Kishor’s hobnobbing with the TRS supremo at a time when the Congress had been waging an all-out war against the TRS.

“This will only weaken the party,” a senior party leader said, accusing the political strategist of being “a possible mole for rivals of the Congress. People will not fall for PK’s theory that the pursuit of his political career and his agency I-PAC’s commercial engagement with other parties are different,” he said.

Senior Congress leaders also referred to the TRS’ leaks to the media of Mr Kishor not only sealing the I-PAC deal with it but also his request to Mr Chandrashekar Rao to accommodate the Congress in his anti-BJP plans and the latter’s reluctance about the proposal as proof of how he could not be trusted completely.

Senior Congress leaders recollect the damage that Mr Kishor caused the party in Goa and West Bengal where he deliberately poached the party ranks in favour of the Trinamul Congress. They also expressed doubts over Mr Kishor’s ability to pull off a national-level campaign as his successes were restricted to the regional level.

The Congress leadership, however, didn’t make any announcement on a final go-ahead for Mr Kishor joining the party. The party’s in-charge for communications told the media that Congress president Sonia Gandhi had on Monday “discussed the report submitted by a committee that went into PK’s recommendations. Based on the committee discussions, the Congress president has decided to constitute an Empowered Action Group 2024 to address the political challenges ahead”.

Meanwhile, Telangana state Congress chief A. Revanth Reddy, in a rather surprising revelation, said that the political strategist had met Mr Chandrashekar Rao only to bid him adieu and cut all commercial ties with the ruling party in the state.

The Congress leadership categorically put a pre-condition that the political strategist should scrap his engagement in writing with all other parties that may directly or indirectly harm the political interests of the Congress, Mr Revanth Reddy told reporters in Karimnagar.

Dismissing the reports of Mr Kishor and Mr Chandrashekar Rao having discussed a possible electoral alliance between the Congress and the TRS as senseless, Mr Revanth Reddy wondered how the Congress, which was all set to come to power in the state, could play second fiddle and leave space to the BJP to become the principal Opposition.

“Rahul Gandhi has already made it clear that he would not allow even KCR’s shadow anywhere near the Congress,” the PCC chief pointed out.