Gupta had filed a defamation suit against Kejriwal and Sisodia after they accused him of being part of a ‘conspiracy’ to kill Kejriwal. 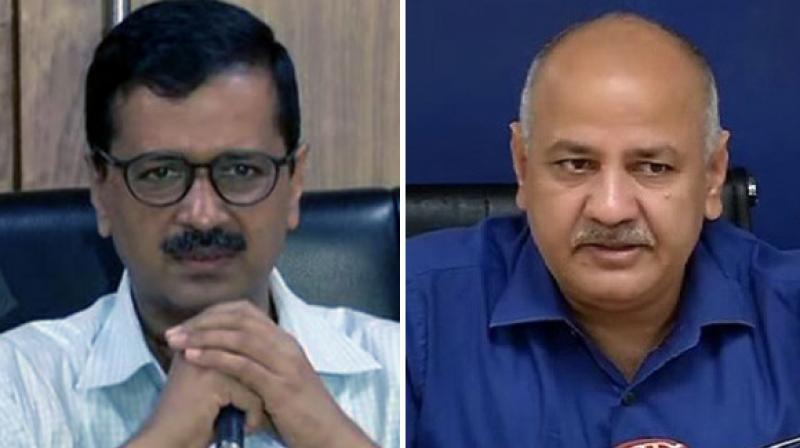 During the Lok Sabha elections, Kejriwal, by citing a tweet by Gupta, had told a Punjabi news channel that BJP was trying to get him killed by his own Personal Security Officer (PSO). (Photo: ANI)

New Delhi: A special court on Wednesday recorded the statement of Delhi BJP leader Vijender Gupta in connection with a defamation suit filed by him against Chief Minister Arvind Kejriwal and his deputy Manish Sisodia for attempting to "frame" him in an alleged assassination plot against Kejriwal.

Gupta had filed the suit against Kejriwal and Sisodia for allegedly "maligning" his image after they accused him of being part of an alleged "conspiracy" to kill the AAP chief.

While recording his statement before the court, Gupta said that he was "deeply hurt by the defamatory and false allegations made by both the accused persons".

The BJP MLA claimed that the false allegations were made to impact the Lok Sabha elections in Punjab which were held in the last phase.

During the Lok Sabha elections, Kejriwal, by citing a tweet by Gupta, had told a Punjabi news channel that BJP was trying to get him killed by his own Personal Security Officer (PSO).

In his tweet, Gupta had said, "Before the slapgate on May 4, @ArvindKejriwal asked the liaison officer to lift the security cover from his vehicle. The chief minister's instruction is registered in the daily diary entry (of the police). Since I had disclosed about it, AAP could not get electoral gain of the incident. Out of frustration, Kejriwal says PSO reports to BJP."

Quoting Gupta's tweet, the chief minister had replied, "Why BJP wants to get me killed? What have I done? I am not constructing schools and hospitals for the people of the country."

He had said, "This is the first time when a positive politics has started on schools and hospitals in the country. BJP wants to finish it. But I will fight till my last breath."