Reddy threatens to take legal action against Naidu over loss of Rs 2,636 cr 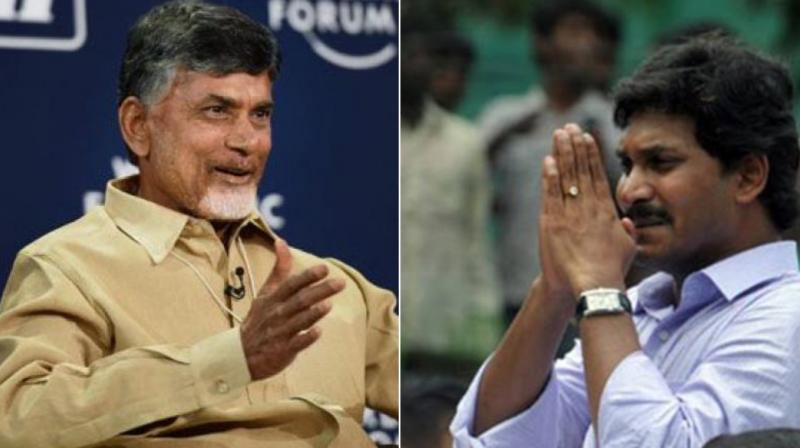 According to an official release, Reddy ordered constitution of a cabinet sub-committee to probe the corruption indulged in previous by Telugu Desam Party (TDP) government headed by Naidu. (Photo: PTI)

CM Reddy has asked his officials to probe into the matter.

The chief minister said there were huge irregularities in the power purchase agreements and ordered legal action against then CM, then Energy Minister and senior officials who entered into the agreements during the TDP rule in the state.

According to an official statement, Reddy ordered constitution of a cabinet sub-committee to probe the corruption indulged in previous by Telugu Desam Party (TDP) government headed by Naidu.

The panel will look into a total of 30 issues. It will be assisted by Anti-Corruption Bureau (ACB), Crime Investigation Department (CID) and Vigilance and Enforcement.

CM Jagan Reddy announced this during a meeting on irregularities in power purchase agreements. He pointed out and asked why the government had to buy the power at a rate that was much higher than the competitive bidding price on the market.