The Congress hit back saying that “an undeclared Emergency has been imposed in the country” by the BJP. 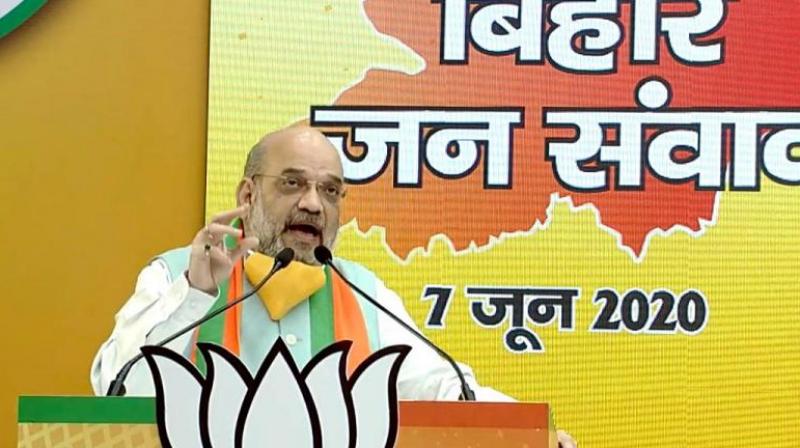 New Delhi: The Bharatiya Janata Party (BJP) and the Congress sparred on Thursday, the 45th anniversary the imposition of Emergency by the then Indira Gandhi-led government, with the ruling party invoking the dynastic nature of the party, and the Opposition party hitting back with a question — “Why is the saffron party’s majoritarian rule described as a government of two people?”

While Prime Minister Narendra Modi paid tribute to those who opposed the Emergency and said the country will never forget their sacrifice, Union home minister Amit Shah, in a series of tweets, targeted the Congress. “On this day, 45 years ago one family’s greed for power led to the imposition of the Emergency. Overnight the nation was turned into a prison. The press, courts, free speech… all were trampled,” he tweeted and added that democracy remains absent in the Congress even today as the “interests of one family” prevail over party and national interest.

“During the recent CWC meet, senior members and younger members raised a few issues. But, they were shouted down. A party spokesperson was unceremoniously sacked. The sad truth is — leaders are feeling suffocated in Congress,” Shah tweeted and asked why leaders who don’t belong to the “dynasty” are unable to speak up in the Congress.

The Congress hit back saying that “an undeclared Emergency has been imposed in the country” by the BJP.

Congress chief spokesperson Randeep Surjewala tweeted, “As India's ruling party, BJP needs to answer: Why is its majoritarian rule described as Govt of 2 people only and all others as mere side kicks… Why is horse trading, mass defections and institution-capture its only legacy? Why is it obsessed in its vile hatred of Nehru-Gandhi's (sic).”