India   Politics  26 Jun 2020  Priyanka invokes Indira Gandhi, says she will continue to speak the truth against UP government
India, Politics

Priyanka invokes Indira Gandhi, says she will continue to speak the truth against UP government

She alleged that the Uttar Pradesh government is threatening her through various departments for speaking the truth. 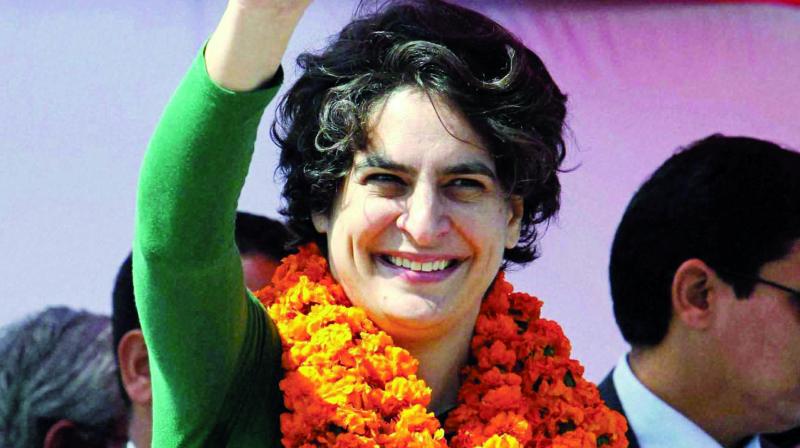 New Delhi: "I am Indira Gandhi's granddaughter, not an undeclared BJP spokesperson like some of the opposition leaders," Congress general secretary Priyanka Gandhi Vadra on Friday said, as she alleged that the Uttar Pradesh government is threatening her through various departments for speaking the truth.

Priyanka Gandhi's dare to the Uttar Pradesh government came a day after the Uttar Pradesh child rights panel issued a notice to her, asking her to file a reply within three days for her "misleading" comment on the Kanpur shelter home.

The Congress leader in a Facebook post on Sunday had attacked the BJP government in Uttar Pradesh over a media report about two girls being found pregnant at the state-run child shelter home, saying it shows that facts were being suppressed in the name of investigation at such facilities.

"As a servant of the people, my duty is towards the people of Uttar Pradesh. And this duty is to put out the truth before them and not to put forth government propaganda. The UP government is wasting its time by threatening me through its various departments," Priyanka Gandhi said in a tweet in Hindi on Friday

"They can take whatever action they want, I will keep putting forth the truth. I am Indira Gandhi's granddaughter not an undeclared BJP spokesperson like some of the opposition leaders," she said.

Her remarks also come days after the Agra administration asked her to withdraw the claim of high coronavirus deaths in the district.

The Congress general secretary in-charge UP East has accused the Yogi Adityanath government of indulging in propaganda instead of dealing with the pandemic.

This week, Priyanka Gandhi repeatedly attacked the Uttar Pradesh government over the "high" COVID-19 mortality rate in Agra and on other issues related to the state government's handling of the pandemic.