In a letter to LS Speaker Om Birla, Swati Maliwal wrote that this Bill, if passed in its present form, will be detrimental to the community. 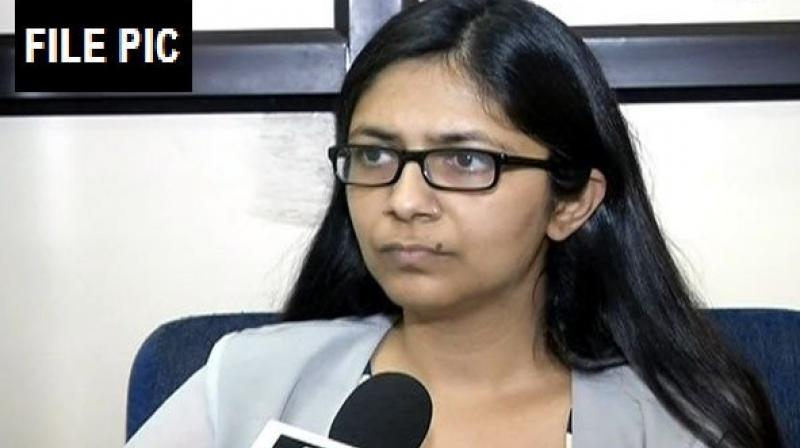 The DCW chief further stated that if the government passes the bill it will encourage sexual assault of transgender persons. (Photo: ANI)

New Delhi: The Delhi Commission for Women (DCW) chairperson Swati Maliwal on Friday slammed the Transgender Bill introduced by the Ministry of Social Justice and Empowerment for protection of rights of a transgender person.

In a letter to the Lok Sabha Speaker Om Birla, she wrote that this Bill, if passed in its present form, will be detrimental to the Transgender community.

"The DCW welcomes the move of the Ministry of Social Justice and Empowerment, but to introduce a bill for the protection of rights of transgender persons. However, the draft of the Bill as accessed by the Commission, has serious lacunas and lacks certain major aspects," stated the letter.

"For instance, the penal provision for sexual assault against a transgender person is imprisonment for a period of minimum six months to maximum two years only where for others, sexual assault is punishable by imprisonment of not less than seven years and maximum of life imprisonment," she wrote.

The DCW chief further stated that if the government passes the bill it will encourage sexual assault of transgender persons.

DCW Transgender Cell has sent in-depth recommendations on the Bill after holding a series of consultations with the transgender community, legal experts and civil society members along with the letter.

DCW Chief appealed to the Lok Sabha Speaker and Minister of Social Justice to send the Bill to a Standing Committee for holding wider consultations.