Surrounded by a sea of supporters, Yeddyurappa accepted greetings and displayed victory sign. 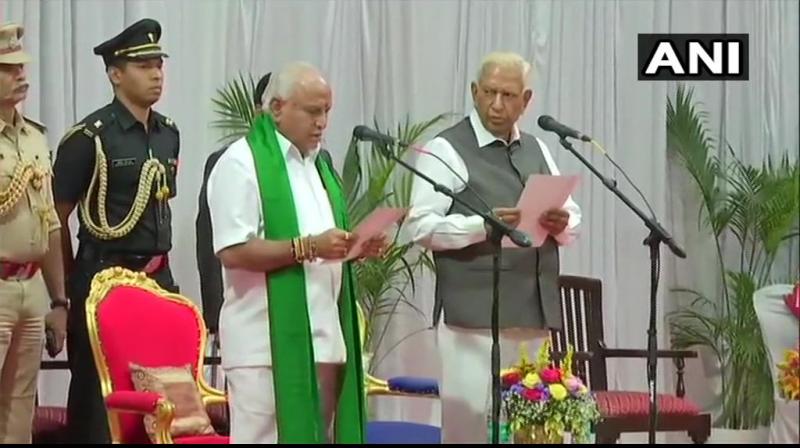 Bengaluru: B S Yediyurappa took oath as the new Chief Minister of the state of Karnataka at the Raj Bhavan on Friday July 26, for the fourth time, 3 days after the coalition government led by H D Kumaraswamy failed the trust motion.

Yediyurappa met with Governor Vajubhai Vala on Friday morning to stake claim and urged him to schedule an oath ceremony today. Yediyurappa has to prove his majority by July 31 but sources say he may seek a trust vote before that, according to NDTV.

Shortly before taking oath as chief minister of Karnataka, senior.BJP leader B S Yeddyurappa on Friday addressed his party workers at the state BJP headquarters and thanked the party workers for their continued support.

Before heading Raj Bhavan, he met with jubilant party worker at the party office.

Surrounded by a sea of supporters, Yeddyurappa accepted greetings and displayed victory sign.