Kejriwal had on Wednesday said Tiwari would have to leave Delhi if the NRC was implemented. 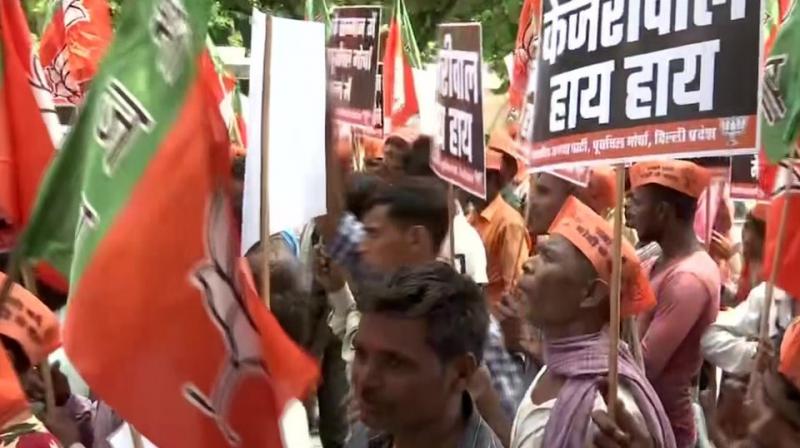 New Delhi: The Bharatiya Janata Party workers on Thursday protested outside Delhi Chief Minister Arvind Kejriwal’s residence after his comment against Manoj Tiwari on the National Register of Citizens (NRC).

On Wednesday, Delhi CM said that Tiwari, who has been seeking NRC in Delhi, will have to leave the national capital if such a list was compiled.

Manoj Tiwari, the Delhi BJP chief, has been blaming migrants for the increasing crime in the city. After Kejriwal’s comment, Tiwari alleged that the Aam Aadmi Party chief endorses politics of “hatred” and his comment was an “insult” to millions of Purvanchalis –migrants from eastern Uttar Pradesh and Bihar.

“Does Kejriwal, who is an IRS (Indian Revenue Service) officer, not know what NRC is? This statement exposes Kejriwal’s real face. It shows that he wants to evict the Purvanchali migrants from Delhi. This is insult to the Purvanchalis living in Delhi since decades,” Tiwari said.

Tiwari has been demanding a NRC in Delhi for the past few months. He had said that situation in Delhi had become “dangerous” due to the presence of a large number of “illegal immigrants” who are involved in criminal activities.

The final Assam NRC, published on August 31, excluded 1.9 million people. The NRC is aimed at weeding out illegal immigrants and was first conducted in 1951.