Fadnavis said his government had always supported the Mathadi (head-loaders) movement and would continue to do so. 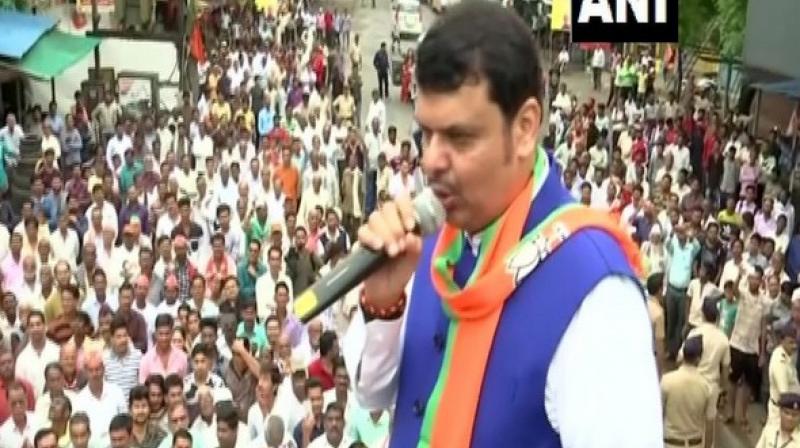 Maharashtra Chief Minister Devendra Fadnavis on Wednesday sought to dispel the perception that the Enforcement Directorate (ED) case against NCP president Sharad Pawar was politically motivated as it was registered in the run-up to the next month's assembly polls. (Photo: File)

Mumbai: Maharashtra Chief Minister Devendra Fadnavis on Wednesday sought to dispel the perception that the Enforcement Directorate (ED) case against NCP president Sharad Pawar was politically motivated as it was registered in the run-up to the next month's assembly polls.

He also clarified that the BJP-led state government had no role in the ED pressing charges against the veteran politician for money laundering.

"The state government doesn't harbour any revengeful approach," the chief minister told reporters after attending a function in Vashi in Navi Mumbai in the presence of Shiv Sena president Uddhav Thackeray.

The ED has filed a money laundering case under Prevention of Money Laundering Act (PMLA) against Pawar, his nephew Ajit Pawar and others in connection with the Maharashtra State Cooperative Bank (MSCB) embezzlement case.

The ED case is based on a Mumbai Police FIR which had named former chairmen of the bank, ex-deputy chief minister of Maharashtra Ajit Pawar and 70 former functionaries of the cooperative bank.

The case has stirred the politics in Maharashtra with the Opposition parties accusing the government of resorting to "political witch-hunt" against their leaders.

In his first reaction, Pawar on Tuesday night suggested that the case was politically-motivated due to "massive" response generated by his poll rallies.

"The government has nothing to do with the case. The Bombay High Court had directed registering the FIR against the accused directors of the Maharashtra State Cooperative Bank in the alleged corruption charges," he said.

"Any person who understands politics will know that the state would not take any such steps (like resorting to revenge politics).." the ED doesn't fall under the jurisdiction of the state government. Those guilty will be punished. There is no question of action against those who are not guilty," he added.

Thackeray said notwithstanding political differences, Maharashtra's culture does not allow acts of revenge.

"Our culture allows us to put forth divergent views but does not forgive acts of revenge," he said.

Fadnavis said his government had always supported the Mathadi (head-loaders) movement and would continue to do so.

"CIDCO (Navi Mumbai planning agency) is constructing homes for Mathadi workers and under the PMAY (Pradhan Mantri Awas Yojana), a subsidy of Rs. 2.5 lakh is being given for Mathadis for construction of houses," he said.

In his speech, Thackeray said Annasaheb Patil and his father Balasaheb Thackeray, the late Sena chief, taught Marathi residents of Mumbai and Maharashtra to fight for their rights.

"The two leaders gave theMarathi manoos the confidence to fight for survival," he added.

"The Mathadi worker has a spine. He should now aspire to become an owner. Mathadi workers should be able to live with strength and dignity. What is the use of leaders who can't honour their commitments? he asked.

Thackeray said the mill workers movement in Mumbai suffered due to mistakes of certain leaders.