Recording of her testimony remained inconclusive and will be continued on November 6. 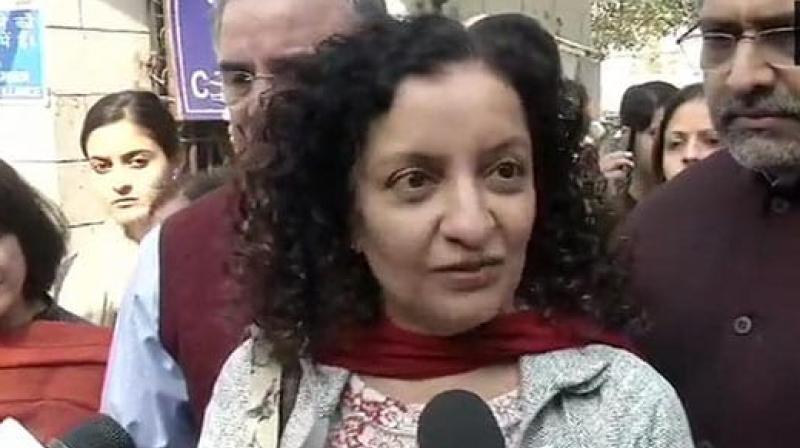 Details of the alleged incident of sexual harassment by former Union minister MJ Akbar, when he was a journalist, against another journalist, Priya Ramani, were "so bizarre" and "inappropriate" that it created a lasting image, Ms Ramani's friend, in whom she had confided about her experience, told a Delhi court on Friday. (Photo: File)

New Delhi: Details of the alleged incident of sexual harassment by former Union minister MJ Akbar, when he was a journalist, against another journalist, Priya Ramani, were "so bizarre" and "inappropriate" that it created a lasting image,  Ramani's friend, in whom she had confided about her experience, told a Delhi court on Friday.

Niloufer Venkataraman made the submissions before Additional Chief Metropolitan Magistrate Samar Vishal while deposing as a witness in Ramani's defence in the criminal defamation case filed against her by the former union minister.

She further said that Ramani had described the "extremely uncomfortable" details of what had happened in the interview to her.

MJ Akbar, who resigned as Union minister on October 17 last year, filed a private criminal defamation complaint against Ramani after his name cropped up on social media as the #MeToo campaign raged on in India.

Ramani accused MJ Akbar of sexual misconduct, a charge denied by him.

MJ Akbar had earlier told the court that the allegations made in an article in ''Vogue'' magazine and the subsequent tweets were defamatory on the face of it as the complainant had deposed them to be false and imaginary and that an "immediate damage" was caused to him due to the "false" allegations by Ramani.

"She described feeling uncomfortable as he offered her an alcoholic drink and was having a drink himself too. At one point she had narrated to her how Akbar had patted on the surface next to him on the sofa indicating that he was asking her to come sit close to him. Details she described were so bizarre and inappropriate that I have a picture of it in my mind till this day," the witness deposed.

Senior advocate Geeta Luthra, representing MJ Akbar, objected to Ms Venkataraman's testimony and said, "She is like a third ghost in the room (of the hotel where the interview was conducted). She must have seen the colour of the vodka as well."

The witness further testified that during the telephonic conversation with Ms Ramani, they had even discussed whether she should take the job if offered.

"I said she should take it. In my hindsight I can see it was my inexperience and naivete with which I had said that," she told the court.

Recording of her testimony remained inconclusive and will be continued on November 6.

Ramani had earlier told the court that her "disclosure" of alleged sexual harassment by MJ Akbar has come at "a great personal cost" and she had "nothing to gain" from it.

She had said her move would empower women to speak up and make them understand their rights at workplace.

She worked at the Asian Age from January to October in 1994 and had accused MJ Akbar of sexual misconduct around 20 years ago when he was a journalist. MJ Akbar has denied the accusations.

Several women have come out with accounts of the alleged sexual harassment by him while they were working under MJ Akbar as journalists.

MJ Akbar has termed the allegations "false, fabricated and deeply distressing" and said he was taking appropriate legal action against them.