Gautam had defeated Captain Abhimanyu, a minister in the previous BJP government, from Narnod Assembly constituency. 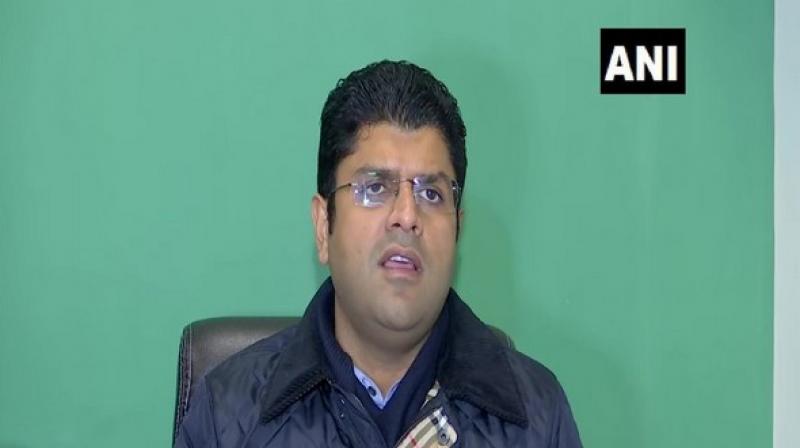 "RK Gautam is a senior party leader. If he has some grievances, he can come and tell the party members. We have not received his resignation yet. Senior party leaders will talk to him and discuss the matter," said Chautala while addressing a press conference here on Thursday.

In what can be termed as a setback to Chautala, the vice president of party Gautam on Wednesday resigned from his post alleging that he was miffed with the party's functioning

"I have resigned from the post of party vice president," Gautam, who is also a legislator, told reporters here.

However, he clarified that he has not left the party. "I will leave the party the day I cease to become an MLA," he said.

"I am not hurt that I was not made a minister, but was hurt when I got to know later that the alliance was sealed in a meeting at a Gurugram Mall," he said in an apparent reference to the JJP-BJP alliance.

Gautam said that Chautala is holding 11 Cabinet portfolios which could have been distributed among party MLAs. "He (Chautala) should not forget that he became the Deputy Chief Minister with the support of his party legislators," said he.

Gautam had defeated Captain Abhimanyu, a minister in the previous BJP government, from Narnod Assembly constituency.

"Dushyant Chautala wants to become the tallest Jat leader by following the elders of his family. I have the support of 36 castes. He would have progressed had he made me a minister," the disgruntled leader had said.

"He is sitting on 11 ministries. Where shall other MLAs go," asked Gautam.

According to the official state government website, ten departments are listed against Chautala's name, including Excise and Taxation, Industries and Commerce among others.

In the Assembly elections, BJP bagged 40 seats in the 90-member Haryana assembly, while the Congress bagged 31. After hectic parleys, the BJP entered into an alliance with Chautala's newly formed party, which had 10 seats, to form the government.