Modi flagged off the ‘UDAN’ Scheme at Shimla in Himachal Pradesh on Thursday, which will boost air travel between Tier 2 and smaller towns. 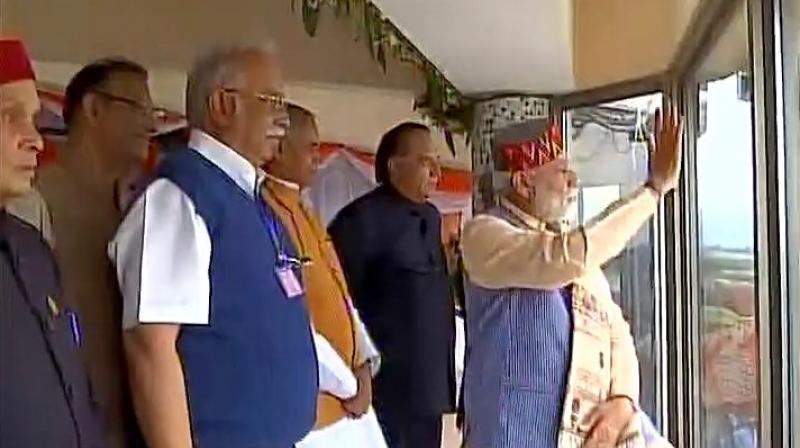 Modi flagged off the ‘UDAN’ Scheme at Shimla in Himachal Pradesh on Thursday, which will boost air travel between Tier 2 and smaller towns, said reports.

Speaking on the occasion, Modi said, “I want to see people who wear hawai chappal (flip flops) in a hawai-jahaz (airplane).”

Under the Regional Connectivity Scheme, known as UDAN, air fares on routes between towns and cities currently poorly connected will be capped at Rs 2,500 for every 500 kilometre of travel. Service charges and taxes have been dropped. A small levy will be imposed on existing routes to help pay for the scheme.

On Thursday, Modi also flagged off a flight on Shimla-Delhi sector, which will be operated by Alliance Air, a subsidiary of national carrier Air India, at a special starting fare of Rs 2,036.

The UDAN Scheme is a key component of the National Civil Aviation Policy (NCAP) which was released on June 15, 2016. "Airfare for a 1-hour journey of approximately 500 km on a fixed wing aircraft or for 30 minute journey on a helicopter would be capped at Rs. 2,500," the PMO said.

"This with proportionate pricing for routes of different stage lengths and flight duration," it said.