Three of AAP's candidates lost their deposits getting less than 16.66 per cent votes. 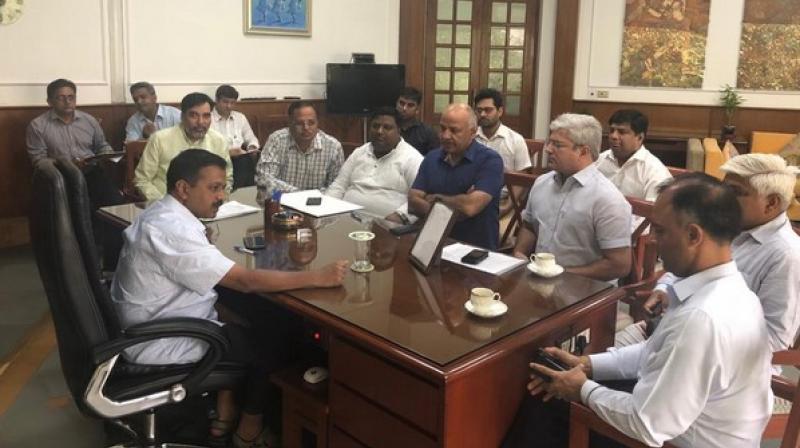 Kejriwal on Sunday motivated party workers and asked them not to get disheartened by their crushing defeat in the recently concluded Lok Sabha elections. He said "they should now look forward to the Delhi Assembly elections," which are slated to take place next year.

He urged the AAP volunteers to go to "people of Delhi and ask them if Delhi had elected a BJP state government four years ago, would schools have been transformed, would mohalla clinics have been made, would doorstep delivery be started?"

AAP got a massive jolt from the BJP and got decimated to zero in the recently concluded Lok Sabha elections in Delhi. AAP, which is running the government in Delhi, slipped down to the third position with a vote share of a little over 18 per cent, while BJP got over 56 per cent and Congress over 22 per cent.

Three of AAP's candidates lost their deposits getting less than 16.66 per cent votes.