Modi is scheduled to hold a five-kilometer-long roadshow in the constituency. 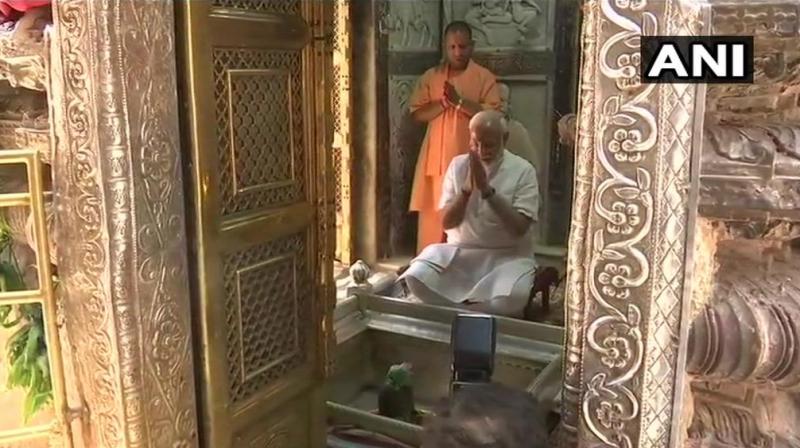 Varanasi: To celebrate his mega win and thanks to the voters, Prime Minister Narendra Modi reached his parliamentary constituency Varanasi on Monday.

Modi is scheduled to hold a 5-km long roadshow as a thanksgiving to the voters, who made him win by nearly 5 lakh votes. He will later address the Bhartiya Janata Party workers at Deendayal Hastkala Sankul.

The city of Varanasi is all decked up with BJP flags, ribbons and wall paintings of Buddha and other spiritual idols to welcome Modi. Cleaning and maintenance work has been completed too.

On Sunday, Uttar Pradesh Chief Minister Yogi Adityanath held a meeting with local administration officials in Varanasi to assess preparations made ahead of Modi's visit here.

Modi is scheduled to hold a five-kilometre-long roadshow in the constituency to celebrate his massive victory in the Lok Sabha elections.

All the roads along the route which Modi's convoy is scheduled to take have been barricaded.

After the 'darshan' and 'puja' at the Kashi Vishwanath temple, the Prime Minister is scheduled to address BJP workers at Deendayal Hastkala Sankul.