India won't budge on Ladakh in face of China threat 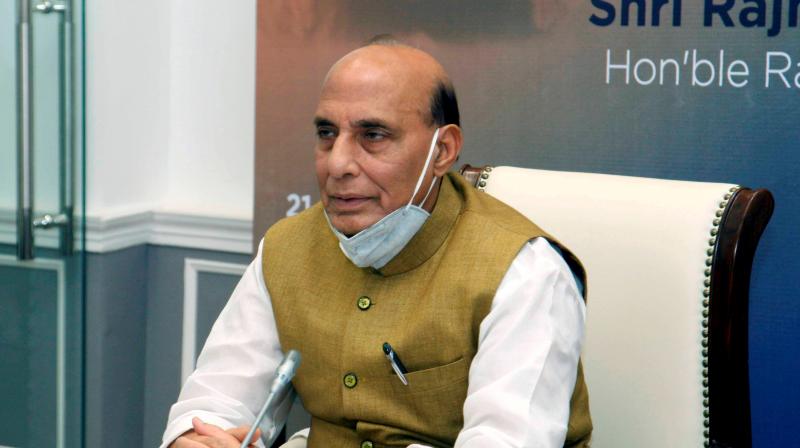 New Delhi: India has decided it will not give up in face of the threat posed by the mobilisation of Chinese troops either in Ladakh or any other location at the Line of Actual Control (LAC).

Defence minister Rajnath Singh held an hour-long meeting on Tuesday with Chief of Defence Staff Gen. Bipin Rawat and the Army, Navy and Air Force chiefs. It was decided the Army will keep holding territory at the LAC that is claimed by India.

Sources said India’s military will match the deployment and mobilisation of the People’s Liberation Army at the LAC.

The infrastructure development at the LAC will continue as planned and will not be stopped due to the PLA’s threats, the sources said, adding India will try to maintain peace at the LAC.

The defence minister was briefed about the situation by Army Chief Gen. M.M. Naravane, who had recently visited Leh. The Indian Army has rushed additional troops to the LAC to fortify its positions.

There were some media reports that Prime Minister Narendra Modi also reviewed the situation at the LAC at a meeting attended, among others, by national security adviser Ajit Doval and Gen. Rawat.

Top Army commanders from across the country will meet Wednesday at South Block for their bi-annual conference, where they will brainstorm on the emerging security situation.