Women must get funds, reservation in Parliament: Venkaiah Naidu

Expressing discontent over delay in local bodies elections in various states, Naidu said that polls should be conducted in every 5 years. 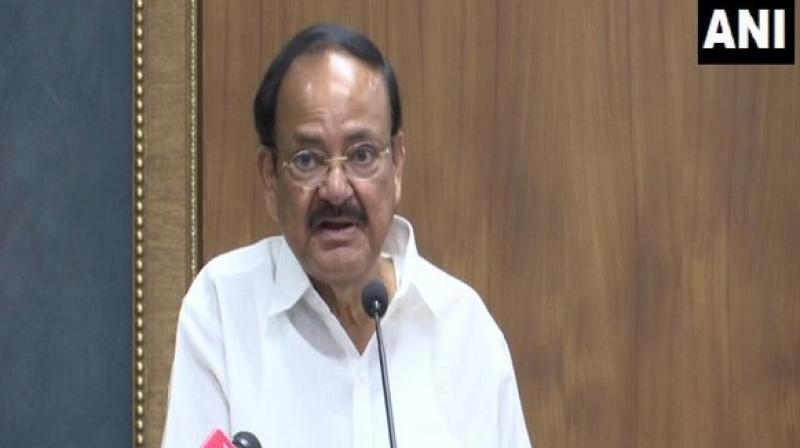 Vice President M Venkaiah Naidu on Saturday proposed during 1st Democracy Awards ceremony that women should be given seat reservation in the Parliament. (Photo: File)

Mumbai: Vice President M Venkaiah Naidu on Saturday proposed that women should be given seat reservation in the Parliament and after that, they should be provided with "funds, functions, and functionaries".

"We call 'Mother India', we don't call 'Father India.' That's the importance given to women. They are 50 per cent of the population. Women should get a reservation in Parliament too and after giving reservation, give them funds, functions, and functionaries," said Naidu during 1st Democracy Awards ceremony here.

Naidu's statement comes as Women's Reservation Bill or The Constitution (108th Amendment) Bill, 2008, which proposes to reserve 33 per cent of all seats in the Lok Sabha of Parliament of India, is still pending from 10 years.

The 17th Lok Sabha has the highest number of women MPs elected in the 2019 polls. There are 78 women members in Parliament, the highest since Independence.

Naidu also praised the state of Maharashtra for granting 50 per cent seat reservation to women in the local bodies elections.

"One of the striking features of the state government is 50 per cent reservation to women in the local bodies," he said.

Expressing discontent over delay in local bodies elections in various states, Naidu said that the elections should be conducted in every five years.

"I have also been advocating the need to make it mandatory for holding elections for local bodies every five years without giving scope to the state government to postpone them on one pretext or other. Like Parliament, like Assembly it should be mandatory that when the term of the local bodies is coming to an end then before a month or two they must start preparing for the next election," Rajya Sabha Chairman Naidu said.