BJP chief tells Maharashtra unit to beef up IT cell

"There is a shameless government in Maharashtra," he said, alleging that it is full of internal squabbles and inter-party fighting 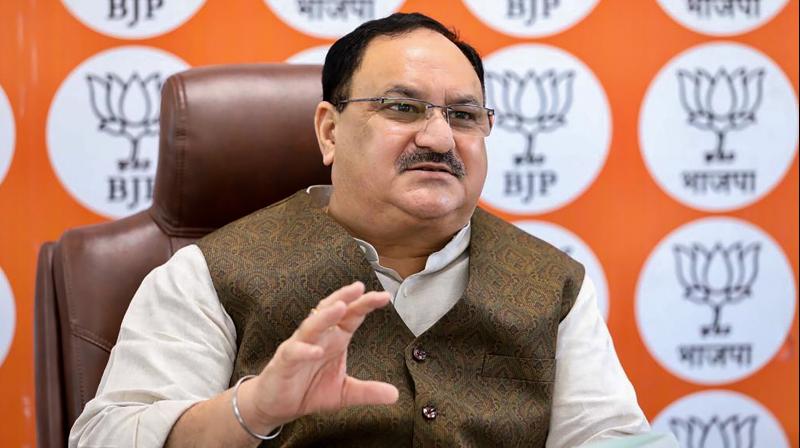 BJP president J P Nadda a three-point programme should be started by the state BJP's IT cell. (PTI Photo)

In a virtual address from Delhi, Nadda addressed a web meeting of the state BJP unit where he said people of Maharashtra have realised the "actual motive" of the state government and its "selfishness".

"There is a shameless government in Maharashtra," he said, alleging that it is full of "internal squabbles" and inter-party fighting.

"We should strengthen the BJP's state IT cell and expose the state governments failure, without sparing the chief minister," he said.

After the state Assembly elections last year, the Shiv Sena fell out with its long-term ally BJP over the issue of sharing the chief ministerial post. The Uddhav Thackeray-led party later forged an alliance with its ideological opponents NCP and Congress to form government in the state.

Noting that the state BJP unit has formed some 67,000 WhatsApp groups, Nadda said, "The BJP IT cell should push political content on such groups to expose the state governments failure and underscore achievements of the Centre."

He said a three-point programme should be started by the state BJP's IT cell.

"Share Prime Minister Narendra Modis speeches and clippings, create content on the Centres achievements and expose the state governments failures effectively. We need to give political content to our local party workers," he said.