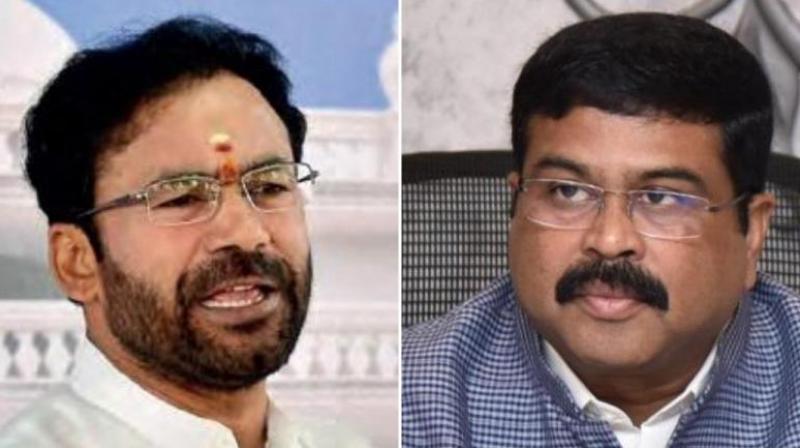 New Delhi: After the resignation of BS Yediyurappa from the post of Karnataka Chief Minister, Bharatiya Janata Party (BJP) has deputed Union Ministers Dharmendra Pradhan and G Kishan Reddy to the state as central observers to finalise the name of the new Chief Minister.

Sources stated that BJP MLAs will meet at the Capital Hotel at 7:30 pm today.

Union Minister and Observer for Karnataka G Kishan Reddy said, "I will go to Bengaluru, a meeting will be held with all MLAs, things will be decided there."

When asked if there is any expected name for Karnataka CM, Reddy said, "I don't know. The MLAs will decide."

The move comes in the wake of BS Yediyurappa tendering his resignation as Karnataka Chief Minister yesterday.

The central observers are also likely to interact with Yediyurappa who has strong clout in the state. The party leadership is keen to go get Yediyurappa's full support for his successor. Yediyurappa was the first chief minister of BJP in South India.

The majority of Lingayat seers had thrown their weight behind Yeddiyurappa which led to the delay in the change of Chief Minister in the state.

The state is scheduled to go for assembly polls in 2023.