Commercial taxes minister K.C. Veeramani too spoke in much the same way as colleagues Sreenivasan and Natarajan. 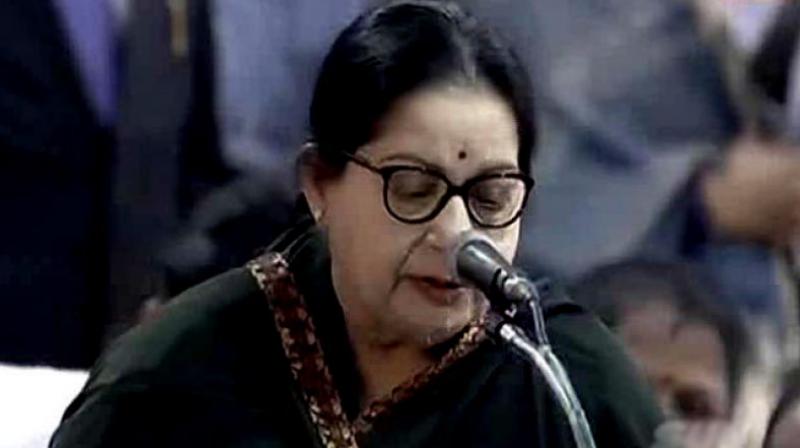 Chennai: With various ministers in the state government giving out varying versions of what purportedly transpired during their boss Jayalalithaa’s treatment at the Apollo Hospital, the Justice A. Arumugha-swamy Commission set up to probe her death may have a tough time arriving at the correct conclusion through this confusing maze of contradictions.

Forest minister Dindigul Sreenivasan did the “muhurat” for this latest political blockbuster by using the Anna birth anniversary podium at his native town on Sept-ember 15 to launch a blistering attack on Sasikala accusing the “family” of manipulating Jayalalithaa’s treatment and preventing access to the VIP visitors —Arun Jaitley, governor Vidyasagar Rao and Rahul Gandhi — to ensure she did not tell them the truth about her hospitalisation. Only Sasikala and family had access to Amma, while all the AIADMK leaders and even ministers were kept out during the entire period of hospitalisation (72 days), he said.

“We could have got her the best treatment and medicines available anywhere in the world, but they (Sasikala and family) allowed the ailment to get complicated so as to force a natural death,” said minister Sreenivasan, virtually accusing the “family” of conspiracy and murder.

Tourism minister Vellamandi N. Natarajan repeated the “access denial” charge when he told reporters on Tuesday (September 26) that Sasikala did not permit anyone to see Amma.

“The truth is that none of us saw Jayalalithaa during that period of hospitalisation,” said the minister. We only saw her body when it was brought out of the hospital lift on December 4 night,” said the minister, even as rebel chief T.T.V. Dhinakaran is insisting that his aunt Sasikala had personally shot the video of Amma watching TV in her Apollo ward after the ICU stint.

Commercial taxes minister K.C. Veeramani too spoke in much the same way as colleagues Sreenivasan and Natarajan, even going a step further questioning why despite being her close friend, Sasikala had chosen not to take Amma for proper treatment abroad.

If one thought that the state cabinet was speaking in one voice on this issue — albeit short of etiquette desired for the Justice Arumughaswamy Commission to make a comfortable start — there was a ‘shocker’ in Cooperation minister Sellur K. Raju’s proclamation: “All of us, Ministers, saw Jayalalithaa when she was undergoing treatment at Apollo. This is the truth”. That was before the TV cameras at a government function in Chennai’s Kilpauk.

No doubt all this is sweet music to the Opposition. DMK’s working president M.K. Stalin referred to the conflicting versions from the ministers and reiterated his demand for a CBI probe into Jayalalithaa’s death. PMK leader Dr Anbumani Ramadoss too said the same thing.