India, Iran agree to speed up of Chabahar port project

Chabahar port -- being jointly developed by India, Iran and Afghanistan -- is on Indian Ocean about 100 kilometres west of Pakistan border. 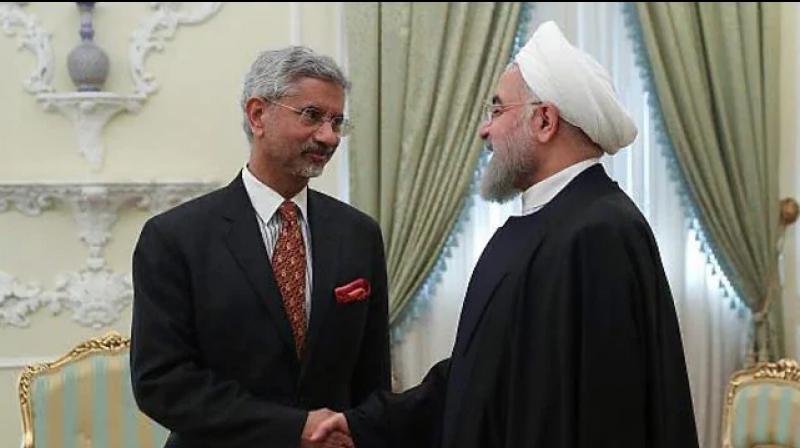 Tehran and Delhi have agreed to accelerate the development of an important Iranian port, Foreign Minister Subrahmanyam Jaishankar said during a visit to the sanctions-hit Islamic republic on Monday. (Photo: Twitter)

New Delhi: Tehran and Delhi have agreed to accelerate the development of an important Iranian port, Foreign Minister Subrahmanyam Jaishankar said during a visit to the sanctions-hit Islamic republic on Monday.

Chabahar port -- being jointly developed by India, Iran and Afghanistan -- is on the Indian Ocean about 100 kilometres (62 miles) west of the Pakistan border.

But development has stalled, despite waivers to sanctions that the United States began reimposing last year after withdrawing from a landmark 2015 nuclear deal with Iran.

"Reviewed the entire gamut of our cooperation. Agreed on accelerating our Chabahar project," he added as he wound up a two-day visit to the Iranian capital.

Washington withdrew from the nuclear accord and reimposed sanctions on Tehran as part of a campaign of "maximum pressure" aimed at reducing its arch-enemy's regional role and missile programme.

The rare exemptions from the sanctions are due mainly to the pivotal role of the port, and a planned railway line, in breaking landlocked Afghanistan's dependence on Pakistan for trade.

Iran's President Hassan Rouhani said Monday in a joint news conference with Jaishankar that the project would boost trade in the region.

"Completing the Chabahar-Zahedan railway and connecting it to Iran's national railway can elevate the position of Chabahar port, revolutionise regional commerce and help transport goods on a cheaper and shorter route," he said.

Rouhani said maintaining regional security was an important topic for Iran and India.

"In the current situation where America stands against nations with unilateral sanctions, we have to try to continue bilateral cooperation.

"This situation certainly will not last, and America will be forced to stop its maximum pressure against Iran sooner or later," he said, without elaborating.

India stopped buying Iranian oil after the US abolished waivers for some countries in May, in a move meant to wipe out the Islamic republic's main source of revenue.

Despite tensions in their relationship, Iran and India have sought to move forward and develop partnerships.