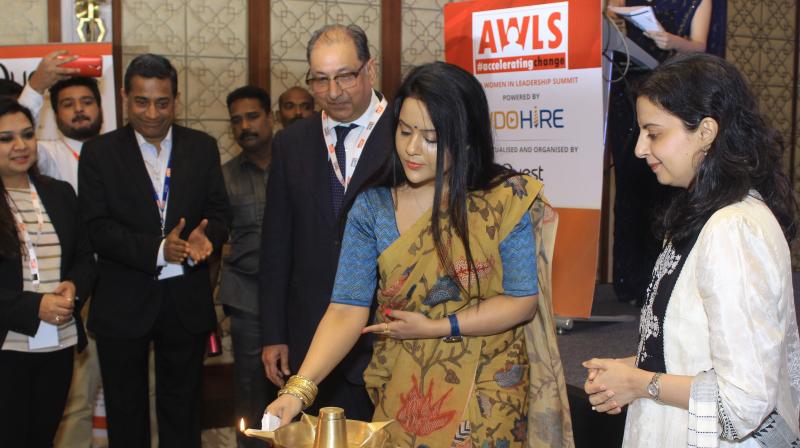 The Shiv Sena-ruled Thane Municipal Corporation has decided to shift its salary accounts from Axis Bank to a nationalised bank, an official said. (Photo: File)

Thane: The Shiv Sena-ruled Thane Municipal Corporation has decided to shift its salary accounts from Axis Bank to a nationalised bank, an official said. The development follows a war of words on social media between Shiv Sena's Priyanka Chaturvedi and former Maharashtra Chief Minister Devendra Fadnavis' wife Amruta, who holds a senior position at the bank.

The development comes amid reports that Axis bank may lose Maharashtra police department's salary accounts, worth Rs 11,000 crore annually, with the Uddhav Thackeray-led government considering transferring them to a public sector bank.

It all began with Amruta Fadnavis' tweet attacking Uddhav Thackeray while responding to her husband's comment condemning Congress leader Rahul Gandhi over his "My name is not Rahul Savarkar" remark.

Last week, Amruta Fadnavis taunted the Shiv Sena president, saying one cannot be a ''Thackeray'' just by taking the surname.

Hitting back at her, Priyanka Chaturvedi said Uddhav Thackeray was living up to his name and Amruta Fadnavis was missing the point.

Shiv Sena corporator Amey Ghole compared Amruta Fadnavis to Anandibai, infamous in Maharashtra''s history for plotting the death of her 17-year-old nephew. Her husband was next in line to the throne.

Earlier this month, a war of words erupted between Priyanka Chaturvedi and Amruta Fadnavis on social media over reports that the government was planning to cut down around 1,000 trees in Aurangabad to build a memorial for Bal Thackeray.