Unhappy over ticket allotment, BJP workers from Ghazipur allegedly sprinkled kerosene to set themselves afire but were stopped by people. 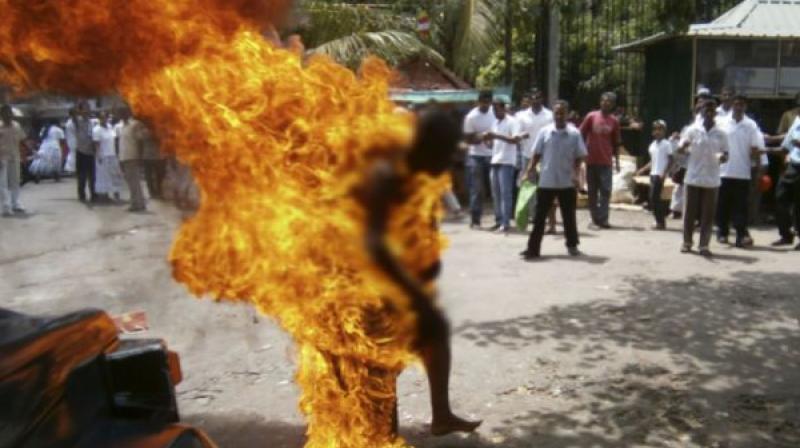 Lucknow: On a day BJP released its manifesto for the Assembly elections in Uttar Pradesh, dissent over ticket distribution manifested into protests with two party workers from Ghazipur district allegedly attempting self-immolation at the party office in Lucknow.

Unhappy over ticket allotment, BJP workers from Ghazipur allegedly sprinkled kerosene to set themselves afire but were overpowered by people. While one of them was arrested, others managed to flee, a party leader said.

The workers were not happy with ticket distribution and had come to the party headquarters to express their displeasure over it on the day when the BJP national president was in town, he said.

Another group of BJP workers reportedly protested against Shah on his arrival in Lucknow earlier in the day.

The party cadres are reportedly unhappy over party hoppers being given importance in ticket distribution over loyal workers.

When questioned on the issue, Shah played down the protests saying the fight over tickets only proved that 'acche din' are round the corner.

"The problem is that of our party and it should be left to us ... do we tell you what all you have to write," he told newspersons when asked to comment on it after releasing the manifesto.