Behan Ji Ko Aane Do: BSP's launches slogan ahead of UP polls

The party chief is called 'Behan Ji' (elder sister) by fellow party followers and supporters as a sign of respect. 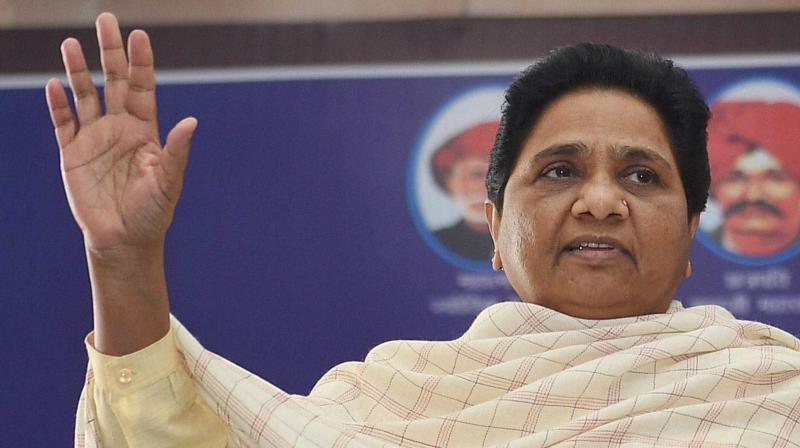 New Delhi: Ahead of elections, posters and slogans become integral campaigning weapon for the political parties to convey their message to woo voters and attack rivals and the Bahujan Samaj Party (BSP) has come out with a powerful slogan with the spotlight on party supremo Mayawati.

The BSP has released a series of posters centring on Mayawati, catering to a plethora of social issues with the slogan- "Behan Ji Ko Aane Do'.

The party chief is called 'Behan Ji' (elder sister) by fellow party followers and supporters as a sign of respect.

One of the posters also carries a tagline, attacking Prime Minister Narendra Modi's government for the demonetisation drive while another hit out at Uttar Pradesh government over increasing cases of crimes in the state.

"Mayawati government will stop corruption, riot, abduction, hooliganism after coming in power in UP," another poster reads.

Mayawati, who is contesting the UP assembly polls has earlier urged the Muslim voters to cast their votes in favour of her, and not in support of the ruling Samajwadi Party, in order to defeat the Bharatiya Janata Party (BJP).

Taking a potshot at the BJP, Mayawati had said even the workers of the saffron party know that Prime Minister Narendra Modi has not fulfilled even the one-fourth of promises he made during 2014 Lok Sabha elections.

Uttar Pradesh is set to have a seven-phase polling between February 11 and March 8.