Modi was in a hurry to implement note ban, none consulted: Cong

Only a small number of Jan Dhan accounts could have been used for money laundering, he said. 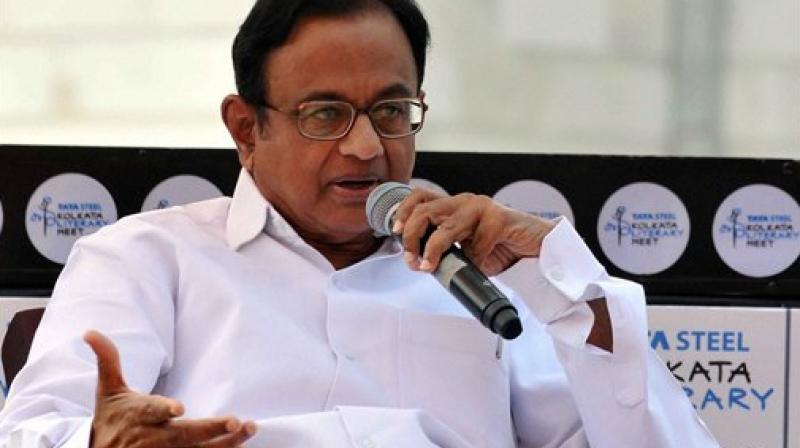 Kolkata: Despite his opposition to demonetisation, former Union finance minister and senior Congress leader P Chidambaram on Saturday said there was no evidence that majority of the Jan Dhan accounts were used for money laundering post-currency withdrawal.

"Evidences do not point out that there was wholesale use of Jan Dhan accounts for money laundering purposes. Nearly 25 per cent of the Jan Dhan accounts were having zero balances and in the remaining, the average balance was Rs 27,000,"  he said at the Kolkata Literary Meet.

Only a small number of such accounts could have been used for money laundering, he said.

"My real quarrel with demonetisation is that a decision of this magnitude, which has enormous consequences, cannot be taken by a single person.

"The three most important officials of the Finance Ministry - the finance secretary, banking secretary and the chief economic adviser, had not spoken a word in the last 70 days. What does that prove? Either they were not consulted, or if consulted, they disagreed," Chidambaram said.

The Congress leader alleged that even former RBI governor Raghuram Rajan had sent a five-page note to Prime Minister Narendra Modi opposing demonetisation, following which "he was shown the door unceremoniously."

"It seemed that the PM was in a hurry to do demonetisation," he said.

Chidambaram said that as per his estimates, the country's GDP growth would take a hit of at least one per cent due to the policy.

He said 80 per cent of the units in the Ministry of Micro Small and Medium Enterprises (MSME) sector have been closed due to demonetisation, and it would take months, if not years, for them to recover.

"The cash crunch is not easing. It may ease in the metropolitan cities, but in distant areas, 40 per cent of the ATMs do not have cash," he alleged.

Chidamabaram also hit out at the Election Commission for setting an "unrealistic expenditure target" for candidates contesting the polls.

"For every candidate, the limit is Rs 35 lakhs, which is unrealistic and foolish as contesting an election has become a very costly affair," he said.

He said that because of this, the election campaigning mode had shifted from "overground to underground", and the EC was responsible for it.

The senior Congress leader, however, supported state funding for polls.

"I fully support the idea of state funding for polls. Even business houses should have trusts set up to fund elections," he said.