Gandhi began his three-day election tour to the poll-bound state by addressing his first public meeting. 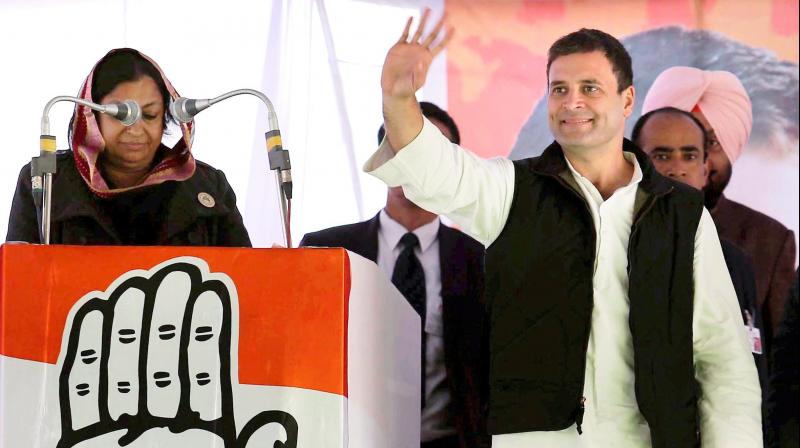 “PM Modi claims that he is fighting corruption. How can he then support Akali Dal? Guru Nanak said everything is yours, (but) Akali Dal says everything is mine,” Mr Gandhi said.

Taking the Congress’ battle against the Akali leadership into its bastion of Majitha, he promised a farm loan waiver and a tough anti-drug law. He said that the Badals had pushed the state into total destruction and devastation, and it could not be restored to its old glory in a couple of days.

“With the blood and sweat of Captain Amarinder and the people of Punjab, backed by the rest of the party leadership it can be done,” he said.

The ruling SAD and the AAP have been mocking the Congress, asking why the party was not declaring Amarinder Singh as its chief ministerial candidate for the February 4 Assembly polls.

The Nehru-Gandhi scion said Punjab will not be run by a “remote control” as it does not need one, taking a veiled dig at AAP chief Arvind Kejriwal, and accusing him of wanting to become Delhi and Punjab chief minister at the same time.

He made a scathing attack on the ruling Badals, accusing them of ruining Punjab and PM Modi of siding with them while talking of eradicating graft.

In an apparent reference to growing incidents of sacrilege in Punjab, Mr Gandhi claimed that on the one hand, PM Modi was proclaiming himself to be against communalism of any kind and on the other, he is backing a party that is creating “communal polarisation in Punjab”.