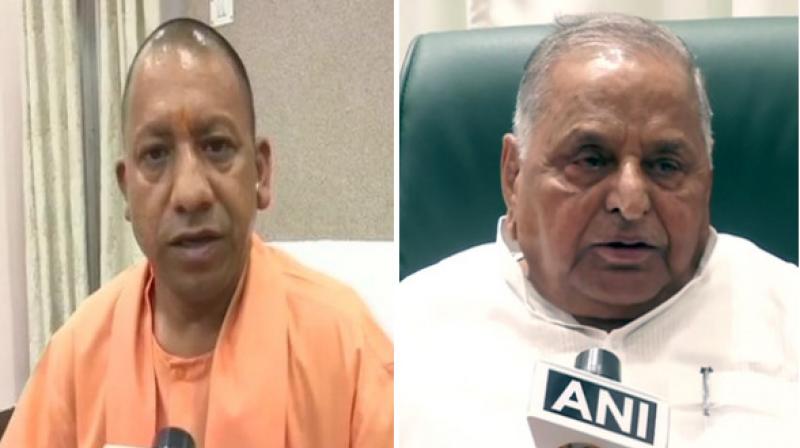 Yogi Adityanath on Saturday held a telephonic conversation with Mulayam Singh Yadav and inquired about his health. (Photo: ANI)

"Today I held a telephonic conversation with Mulayam Sigh Yadav ji and inquired about his health. I wish for his good health," Yogi Adityanath wrote on his Twitter handle.

"Today I met and inquired about former Uttar Pradesh Chief Minister Mulayam Singh Yadav's health and well being at his residence in Lucknow. I wish for his good health and long life," Singh had tweeted after meeting with the SP veteran.

On Friday, Yadav was admitted to the Sanjay Gandhi Post Graduate Institute of Medical Sciences for a routine medical checkup following weakness and mild uncontrolled diabetes. He was discharged later after examination by a team of doctors.

Rajnath is seeking re-election from Lucknow Lok Sabha seat while Mulayam is contesting the polls from Mainpuri parliamentary seat.

In February, Mulayam had said that he wanted Narendra Modi to become the Prime Minister once again.