Rahul Gandhi: No U-turn on exit, party must find successor

Several leaders withinthe party had serious reservations about the way the party had conducted its election campaign. 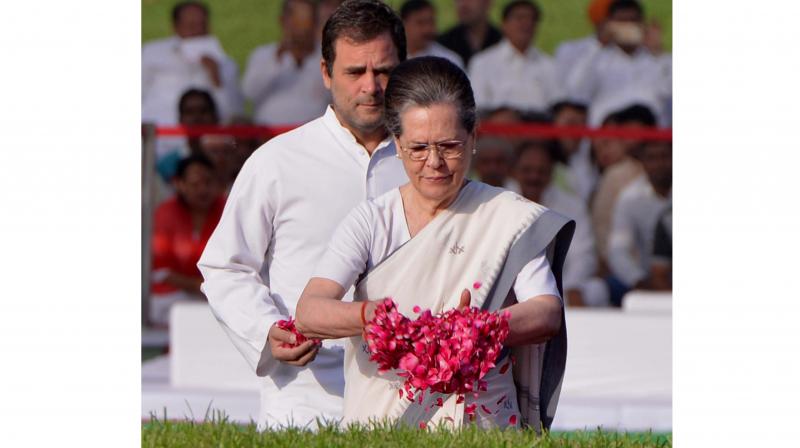 New Delhi: After the massive rout in Lok Sabha polls, rumblings within the Congress continued for the fourth consecutive day as party president Rahul Gandhi remained adamant about quitting, a proposal he had made before the Congress Working Committee on Saturday while taking responsibility for the defeat.

On Monday, all meetings of Mr Gandhi were cancelled, including with the party’s newly-elected lawmakers, though he met two senior leaders — Ahmed Patel and general secretary (organisation) K.C. Venugopal. Sources said that Mr Gandhi told the two leaders that he is firm on his decision to quit and the party should soon find his successor.

Leaders close to Mr Gandhi said he is “not abandoning the post” even though he is determined to quit. He will give the party time to choose a new person for the top post.

Meanwhile the spate of resignations in the Congress continued on Monday. Three more state Congress unit presidents, Sunil Jakhar of Punjab Congress, Ajoy Kumar of Jharkhand and Ripun Bora of Assam, sent their resignations to the party president. The three resignations took the tally of PCC chiefs quitting after the poll debacle to six.

The party could not open its account in 18 states and Union Territories. The Congress won only 52 out of 542 parliamentary seats, just six more than its 2014 tally.

Several leaders withinthe party had serious reservations about the way the party had conducted its election campaign.

The campaign material and content was also not openly discussed with leaders of the party to get an honest feedback. Instead, it was “bulldozed” without any formal discussions, said sources.

Embarrassed by media reports hinting at internal party rumblings during the CWC meeting, the Congress urged reporters not to fall into the trap of “conjectures, insinuations, gossip and rumour-mongering”.

Chief spokesperson Randeep Surjewala said the CWC meeting was a democratic forum for exchange of ideas and taking corrective action, adding that it was a “closed-door” meeting and any speculation about it was unwarranted and uncalled for.

In a statement he further added, “The Congress party expects everyone, including the media, to respect the sanctity of a closed-door meeting of the CWC. Various conjectures, speculation, insinuations, assumptions, gossip and rumour mongering in a section of the media is uncalled for and unwarranted. We would request everyone, including the media, to not fall into the trap of conjectures or speculation and await the calibrated efforts by the Congress party towards the future course of action.”