Earlier in the week, Mr Fadnavis had claimed that the NCP had approached his party in November 2019 to form a stable government 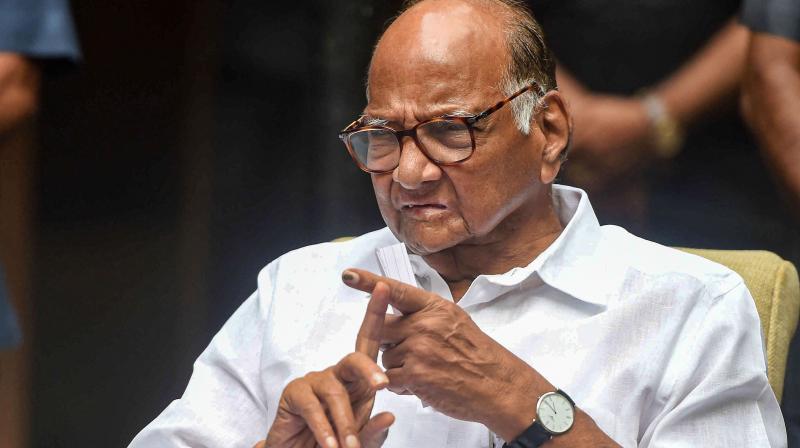 Mumbai: Nationalist Congress Party (NCP) chief Sharad Pawar on Saturday said that BJP leader and former chief minister Devendra Fadnavis is trying to get publicity by making “absurd” statements. Earlier in the week, Mr Fadnavis had claimed that the NCP had approached his party in November 2019 to form a stable government, when the Shiv Sena was not ready to go with the BJP over power sharing.

In an interview with Maharashtra’s well known journalist, the BJP leader said, “When we realised Shiv Sena is breaking alliance with us, we looked for options and then we got an offer from Sharad Pawar and not Ajit Pawar.”

He also claimed Sharad Pawar later changed his mind and cornered BJP in Maharashtra. Responding to a query over the revelation of the BJP leader in Satara, Mr Pawar said, “Mr. Fadnavis has ample time now. Hence he is trying to gain publicity by saying anything.”

Replying to BJP leader and legislator Gopichand Padalkar’s remark on him, Mr Pawar said that Gopichand Padalkar had lost his deposits from Sangli constituency in Lok Sabha polls and Baramati Assembly segment in the election last year. There is no need to take cognizance of his statements.

Two days ago, Mr Padalkar had said that Sharad Pawar was a corona that has infected Maharashtra. He also alleged that the “bahujan samaj” has been suffering because of the policies of Mr Pawar, whose party is a key constituent in the Shiv Sena-led MVA government.

Meanwhile, the NCP chief said that the issues related with national security should not be politicized and added one cannot forget China had captured about 45,000 sq km of Indian territory after the 1962 war.. Mr Pawar said that the face off at Galwan valley in Ladakh cannot be hurriedly termed the failure of the Union defence minister as the Indian soldiers were alert during patrolling.

The former union minister said the border tension is “sensitive” in nature. It was China which played the provocateur in Galwan valley, he said.