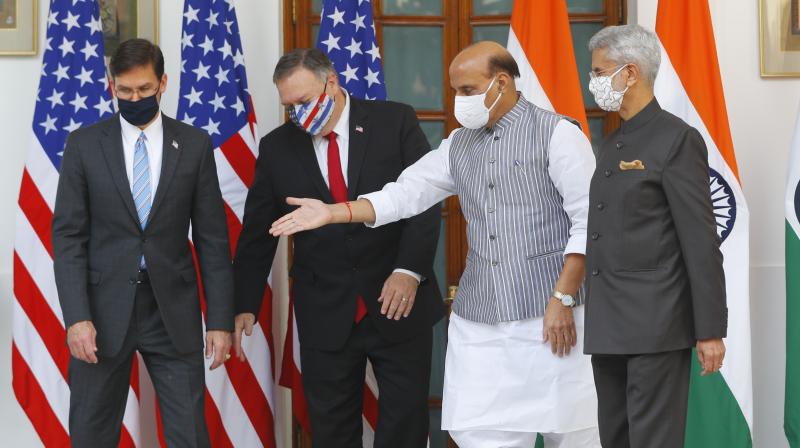 The 12th Edition of Indo-Russia joint military exercise INDRA 2021 will be held at Volgograd, Russia from August 1, 2021. — Representational image/AP

New Delhi: Defence minister Rajnath Singh will be attending  the annual meet of the Defence Ministers of Shanghai Cooperation Organisation (SCO) member states at Dushanbe, Tajikistan. He is scheduled to address the SCO meeting on Wednesday.

At present no formal meeting has been fixed between the defence ministers of the two countries. Earlier this month, External Affairs Minister (EAM) S. Jaishankar who was in Dushanbe for the Meeting of Council of Foreign Ministers of SCO States had held a one-hour-long bilateral meeting with his Chinese counterpart.

Last year in September, Singh had met General Wei in Moscow at the sidelines of the Shanghai Cooperation Organisation (SCO).

All eyes will be on whether Singh will hold a similar meeting this time with his Chinese counterpart when armies of both countries are still involved in over a year long stand-off at Ladakh sector.

In the annual meeting, defence cooperation issues among SCO member states are discussed and a communique is expected to be issued after the deliberations.

During his visit to Dushanbe, Singh is also expected to meet his Tajik counterpart Col Gen Sherali Mirzo to discuss bilateral issues and other issues of mutual interest.

Tajikistan is chairing the SCO this year and hosting series of Ministerial and official-level meetings. Singh could also meet his Russian counterpart to discuss bilateral defence issues.

The exercise will entail conduct of counter terror operations under the United Nations mandate by  a joint force against international terror groups.

Some 250 personnel from both the nations will form part of the exercise. Indian Army contingent comprising of a Mechanised Infantry  Battalion underwent rigorous training at different locations in India to refine their drills for participation in the joint exercise.