India   Politics  28 Aug 2017  Money spent on rally should have been spent on Bihar floods: Paswan to Lalu
India, Politics

Money spent on rally should have been spent on Bihar floods: Paswan to Lalu

Paswan added that papers of benami property were brought out against Lalu, not the Bharatiya Janata Party. 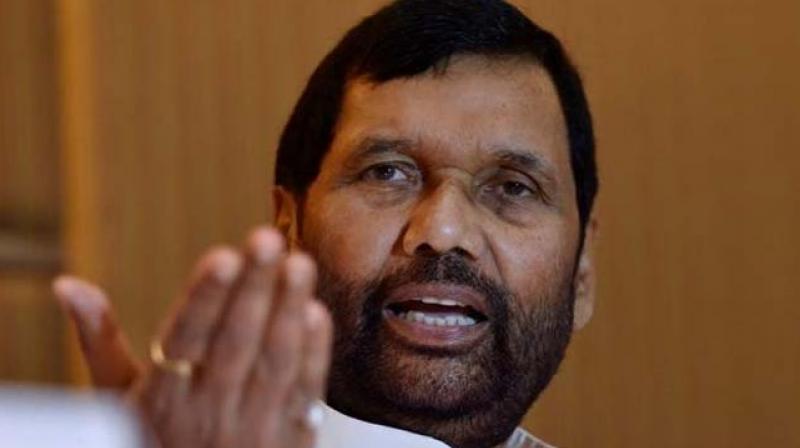 Paswan also alleged that Lalu Yadav did not disclose the list of his 'lavish' properties in Delhi, Patna and other places. (Photo: PTI)

New Delhi: Criticising the political rally organised by Rashtriya Janata Dal (RJD) chief Lalu Prasad Yadav, Union Food and Consumer Affairs Minister Ram Vilas Paswan dubbed it as "unnecessary," especially at a time when the situation in Bihar is alarming, due to floods.

"The rally could have happened even two months later. Was it really necessary to conduct it now, when the people of Bihar are suffering? Lalu Yadav should have used the money he spent on this to help the people of his state," Paswan said.

Responding to the RJD supremo's allegations of the National Democratic Alliance (NDA) government indulging in corruption, Paswan, in turn, alleged that it was Lalu Yadav who did not disclose the list of his 'lavish' properties in Delhi, Patna and other places.

"Papers of the benami property were brought out against Lalu, not the Bharatiya Janata Party (BJP)," said Paswan.

Continuing the attack on the RJD chief, BJP Bihar chief Nityanand Rai alleged that the rally was conducted merely to conceal the list of the benami property owned by him, adding that it had nothing to do with the welfare of Bihar or his fight against corruption.

Earlier on Sunday, while addressing the ' Desh Bachao-Bhajpa Bhagao' rally, Lalu Yadav said that he had never seen two parties with such differing ideologies come together, with reference to Bihar Chief Minister Nitish Kumar forming an alliance with the BJP.

Also addressing the anti-BJP rally, former JD (U) chief Sharad Yadav said, "I am hurt due to the fall of the Grand Alliance government in Bihar, but I promise to build another one at the national level."

Sharad Yadav further described how the Grand Alliance was stitched in Bihar, stating that the mandate was given by the people for five years against the BJP leadership.

"Mahagathbandhan (alliance) was given a five-year mandate by the people of Bihar based on its policies, principles and the cumulative leadership that we presented. This was also a mandate against the BJP and the leadership of Prime Minister Narendra Modi," he said.

A lot of other senior leaders from other parties also shared the dais with the RJD supremo.

Meanwhile, over one crore seventy lakh people have been affected by the floods in the state. The death toll has mounted to 415, with 21 districts being affected by the deluge.

Prime Minister Narendra Modi declared an immediate relief of Rs 500 crore for the flood-hit Bihar after undertaking an aerial survey of affected areas.

He also announced an exgratia of Rs two lakh to the families of those killed and Rs 50,000 for those injured grievously by the floods.