Conspiracy to finish off RaGa’s leadership: Sena on Congress leaders letter to Sonia

Sanjay Raut said that Rahul Gandhi is the only leader in the Congress, who has “unanimous acceptability” in the party 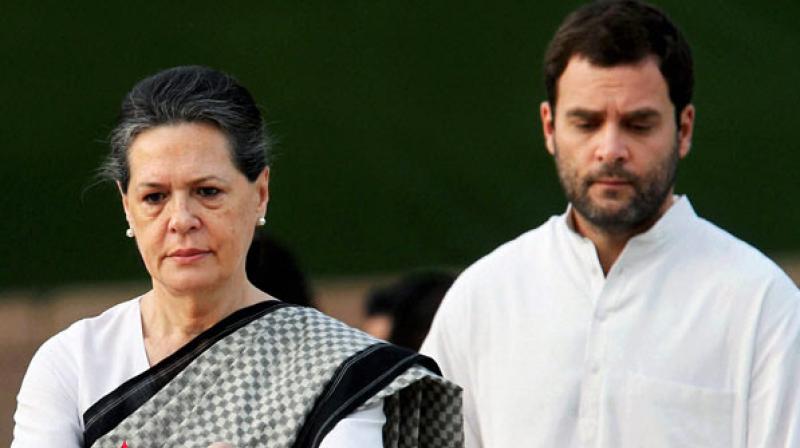 Shiv Sena alleged that the letter written by 23 senior Congress leaders to Sonia Gandhi was a conspiracy to finish off Rahul Gandhi’s leadership. (PTI Photo)

MUMBAI: Amid the demand to change the guard of the 130-year-old grand party Congress, the Shiv Sena alleged that the letter written by 23 senior Congress leaders to Sonia Gandhi was a “conspiracy to finish off Rahul Gandhi’s leadership”. The Sena said that the Congress should revive itself as the country needs a strong opposition party.

The executive editor of party mouthpiece ‘Saamana’ Sanjay Raut said that Rahul Gandhi is the only leader in the Congress, who has “unanimous acceptability” in the party. “Sonia Gandhi is ageing and I don’t see Priyanka Gandhi in full-time politics. There are many senior leaders in the party, due to whom Rahul Gandhi is not being able to work,” he said.

“The country requires a strong opposition party and the Congress has a pan-India identity. The party should recover from the present turmoil and resume work,” the Sena MP said.

Raut’s remarks come in the backdrop of the controversy over the letter written by 23 Congress leaders, to Sonia Gandhi, in which they called for far-reaching reforms within the party, such as having a “full time, active and visible” leadership, devolution of powers to state units and revamping the CWC in line with the party constitution.

The Congress Working Committee (CWC) on Monday unanimously urged Sonia Gandhi to stay on as the party chief till a new president is appointed and authorised her to bring about organisational changes to take on the challenges within.

“Where were these leaders when the BJP was indulging in ‘below the belt attacks’ on Rahul Gandhi, and after he quit as the Congress president why these leaders did not take up the challenge to revive the party,” Sena asked.

“When people from within are involved in the national conspiracy to finish off Rahul Gandhi’s leadership, the party is sure to meet its ‘panipat’ (defeat). These old guards have sabotaged Rahul Gandhi internally, a damage which even the BJP hasn’t inflicted on him,” it added.

None of them are even district-level leaders, but have become chief ministers and Union ministers riding on the leadership of the Gandhi-Nehru family, said the Sena, which tied-up with the Congress and NCP to form government in Maharashtra last year after a fallout with the BJP.