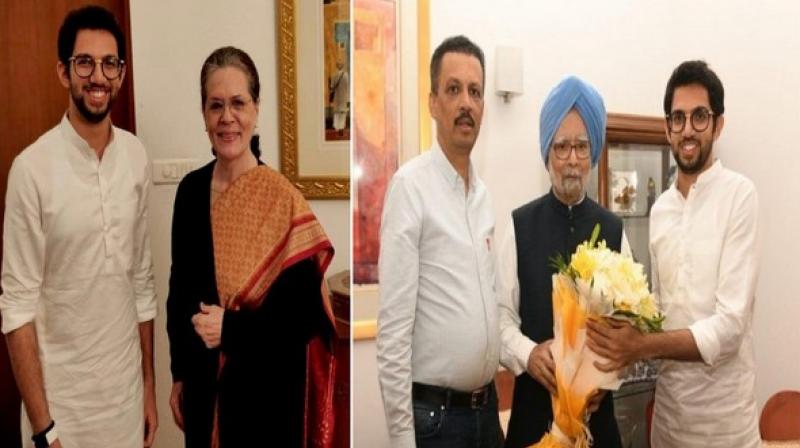 Aaditya Thackeray had a brief meeting with Gandhi at her 10, Janpath residence here.

The Congress party tweeted a photo of the two leaders from its official Twitter handle. Aaditya Thackeray invited Gandhi for Shiv Sena chief Uddhav Thackeray's swearing-in, which will take place at Shivaji Park in central Mumbai at 6.40 pm on Thursday.

Aaditya is the second Thackeray to visit 10, Janpath. In July, his uncle and Maharashtra Navnirman Sena (MNS) chief Raj Thackeray had met Gandhi at her residence to garner support for his demand to switch back to paper ballots while conducting elections.

From Gandhi's residence, Aaditya Thackeray reached Singh's residence and invited the former prime minister for the swearing-in ceremony of his father.

Senior Sena leader and Uddhav Thackeray's close confidant Milind Narvekar was also with Aaditya during his meeting with the two leaders. Sources said a decision was yet to be taken on whether the two leaders would attend the swearing-in ceremony in Mumbai.