He said the JMM, Congress and the RJD are fighting the state Assembly election in an alliance. 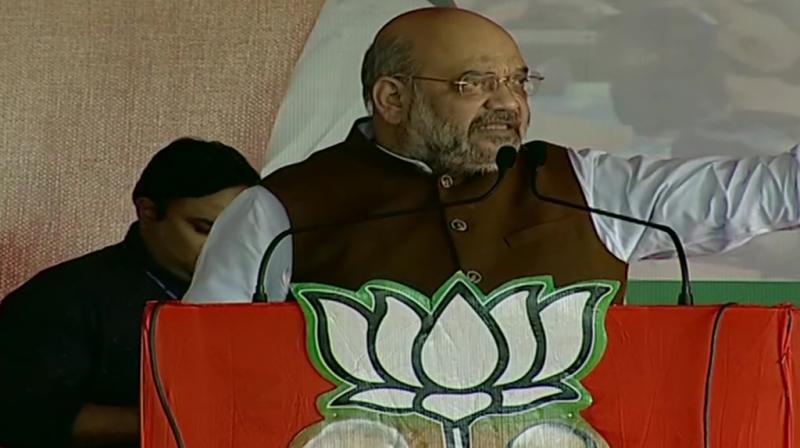 Chatra: BJP president Amit Shah on Thursday said that the Atal Bihari Vajpayee government had created Jharkhand and the Narendra Modi dispensation is taking it forward.

Speaking at an election rally here he said that Jharkhand had witnessed large scale corruption during the previous governments but there is not a single charge of graft against the Raghubar Das government in the state. He said the JMM, Congress and the RJD are fighting the state Assembly election in an alliance.

"I would like to ask Hemant Babu (Soren) what was the stand of Congress when youth of Jharkhand were fighting for a separate state."

The Home minister claimed that the law and order situation has improved in the state and the Raghubar Das government has buried Naxalism 20-feet under the earth in Jharkhand.

The BJP president said that the Das government has provided electricity to 38-lakh households in the state.